Here is the Ultimate Fishing Simulator 2, a fishing simulator with which you will feel the aspect of sporting competition while relaxing and quieting down as if you were on a real fishing trip. The game will take you to picturesque, generously stocked fishing grounds around the world, recreated with enough detail to captivate you with their unique atmosphere. Above all, you will be faced with the fascinating and demanding challenge of catching more than 60 species of fish: from the inconspicuous common roach to bloodthirsty aquatic beasts like the tiger shark.

The Ultimate Fishing Simulator 2 is the sequel to the warmly received fishing simulator of the same name from 2017, which was received by players and reviewers alike. The sequel was developed largely based on the huge amount of feedback coming in from the community of real anglers who played the first part of the UFS. It was partly thanks to them that it was possible to design and create an even more refined fishing simulator – from enthusiasts to enthusiasts.

One of the most recognizable features of the UFS series is the underwater camera. In Ultimate Fishing Simulator 2, it has been significantly improved over the previous installment. From now on, you can observe the fish both under and above the water. In addition, you have the option to frame the shot to see everything at its best; choose the right camera settings to monitor the fish’s interest in the ground bait or bait at all times.

Full support for the controller!

In the UFS2, you are not destined to play with a mouse and keyboard. Indeed, the developers have prepared full support for controllers, which creates completely new gameplay possibilities and affects the overall immersion.

Just grab a sit in your armchair, hold the pad in your hands and get even more into the virtual fishing experience, thanks in part to the vibration support of the controller.

Adapt your technique to your target and fishing location

The Ultimate Fishing Simulator 2 gives you the opportunity to fish using up to three fishing techniques.

The world of fishing is open to you. Literally.

For you to begin with, you have up to six fishing grounds, spread across different countries on different continents. Each one is stunning in its appearance, with local flora and fauna replicated in minute detail. Feast your eyes on the fascinating locations in Ultimate Fishing Simulator 2, which will continue to appear more and more with each update.

Catch the 5-meter giant of the seas! You have up to 60 species of fish to catch

The wealth of fauna is one of the greatest assets of the UFS2. You’ll find species of all appearances, types and sizes. One minute you can be fishing for a small roach, and a short time later you are fighting a sea battle with a bloodthirsty tiger shark.

It is also hard not to mention the fish models themselves. These have been reproduced extremely realistically in terms of appearance. However, that is not all. Each fish defends itself against being caught in a different way. Pulling a 300-gram specimen out of the water will be a minor skirmish compared to the battle you’ll have to fight against bigger and heavier beasts. The bigger the challenge, the more you will depend on the details: choosing the right tackle, adjusting the brake efficiently or controlling the line tension.

In reproducing the appearance and behavior of the fish, the developers of UFS2 have taken care of the smallest details. All this is done so that every casting of the rod foreshadows a completely new and unique adventure.

Who is a keen angler without their equipment?

As many as 300 different pieces of equipment allow you to plan your fishing with many aspects in mind. You can choose from a wide range of items such as: rods, reels, ground baits, baits, hooks or floats. Looking for a spinning ground bait? Go ahead! Choose from soft baits, hard baits, sinking baits, floating baits, diving baits, etc.

For the purpose of making things even more interesting and believable, in the Ultimate Fishing Simulator, we’ve brought you licensed tackle from producers such as Sakura© and Robinson©! Yes, we know what you’re thinking right now. And no, there is no contraindication to using the same kit in the game as in real life.

Compete in tournaments, complete missions, or play without limits

In the Ultimate Fishing Simulator 2, you have the opportunity to play in a variety of ways. You will not soon run out of ideas for fun, if only because of the multitude of available modes, which make the gameplay more enjoyable and, above all, more varied.

You can compete with other players in tournaments, complete daily quests, and choose solo gameplay, but also balance between the normal difficulty mode, prepared for new, less advanced virtual fishing enthusiasts, and the realistic mode, which raises the bar and makes the gameplay challenging for real veterans (e.g., by removing the possibility to use the Underwater Camera 2.0, teleport or bait indicators). The entry threshold is whatever you set.

With future updates, the developers have planned to implement a multiplayer mode, so it is definitely worth following the development of the Ultimate Fishing Simulator 2! 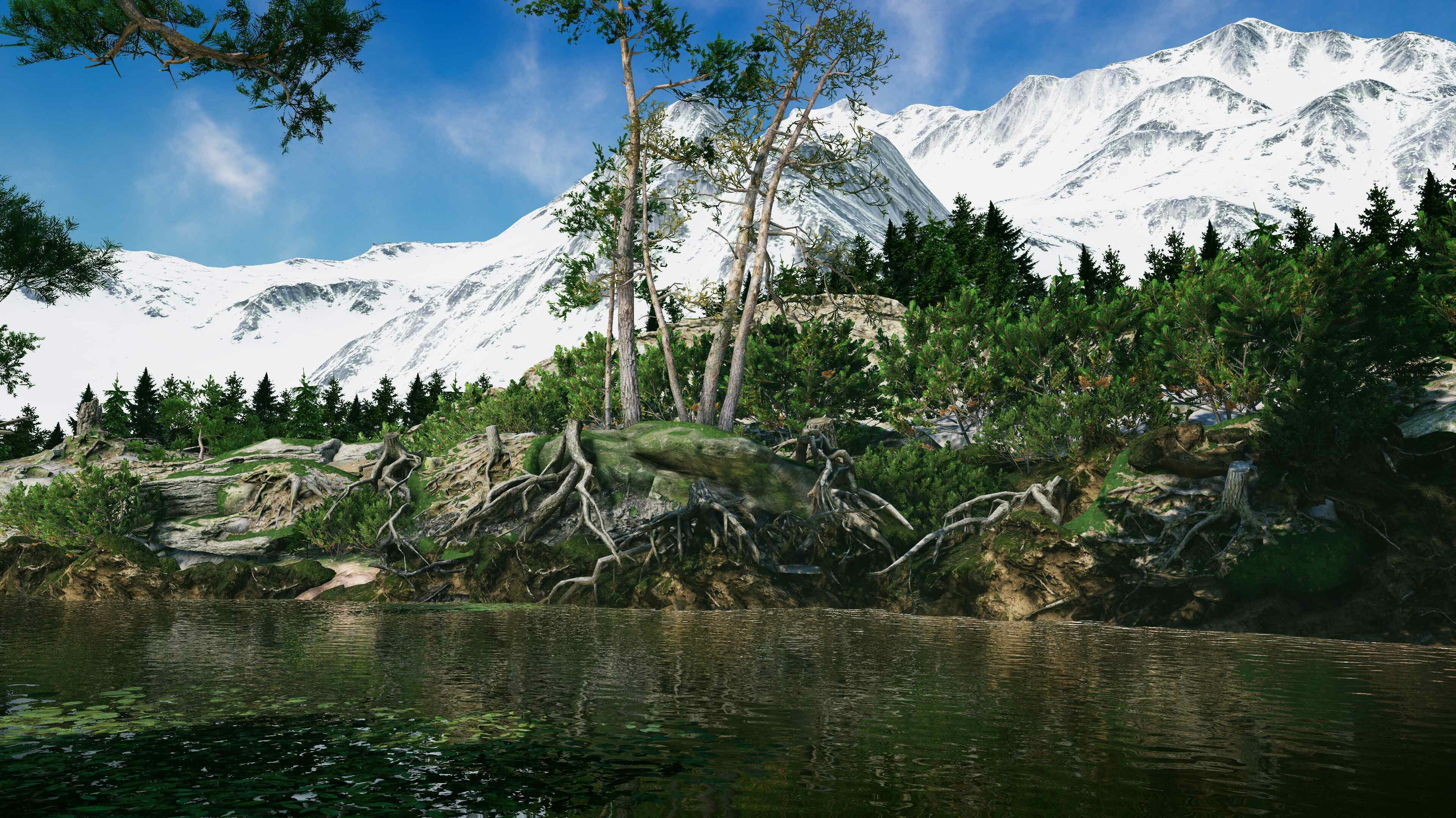 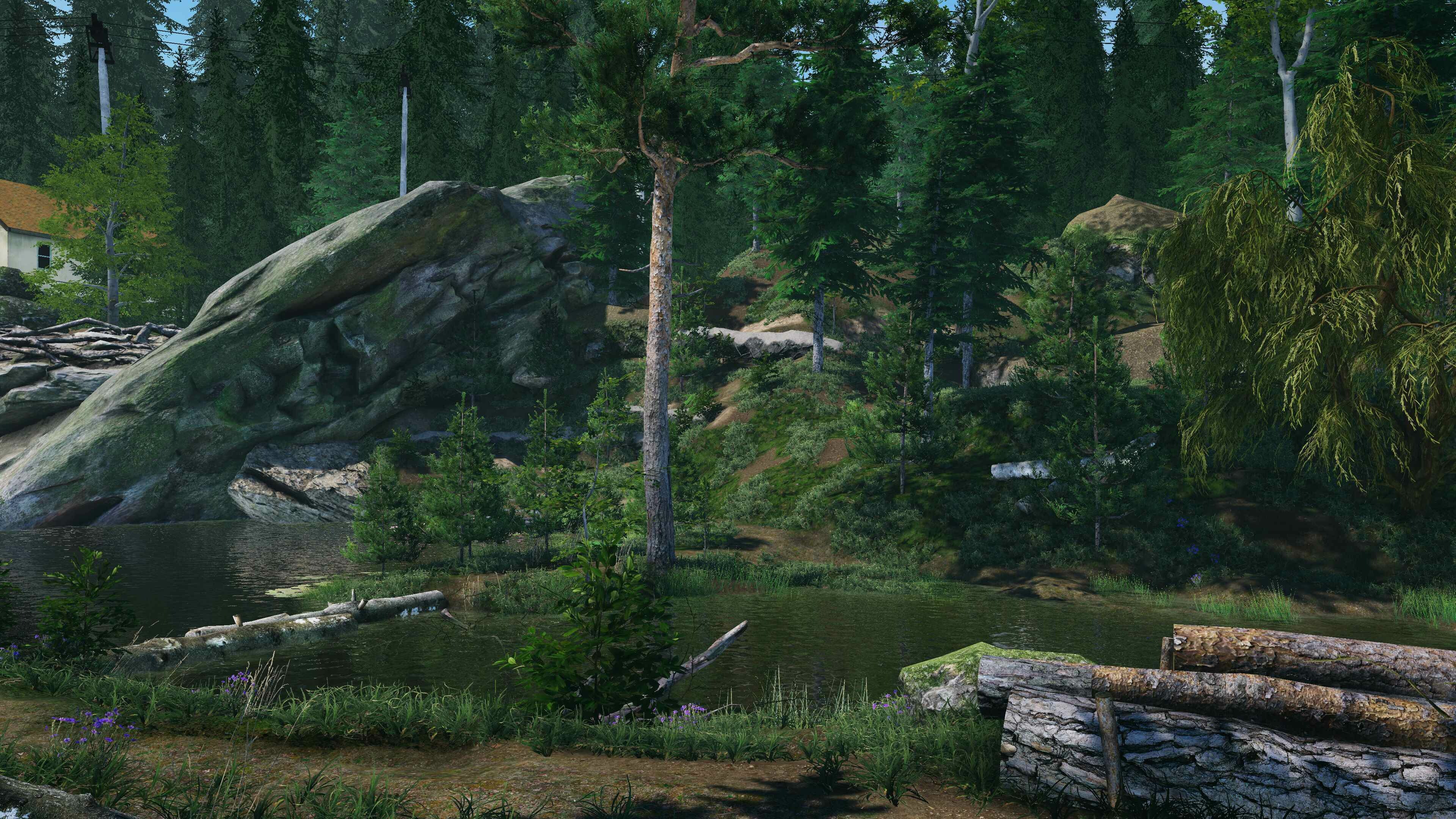 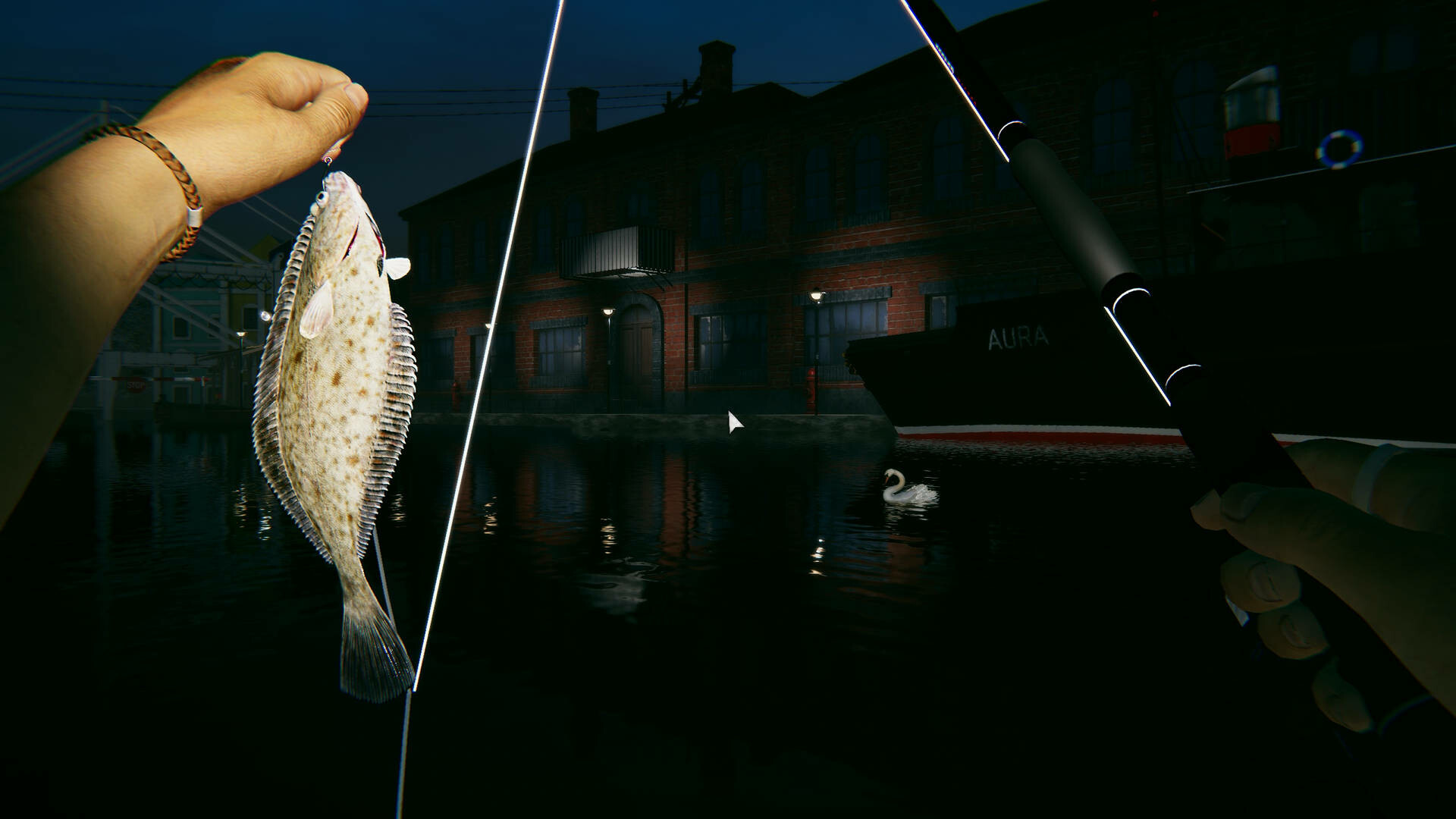 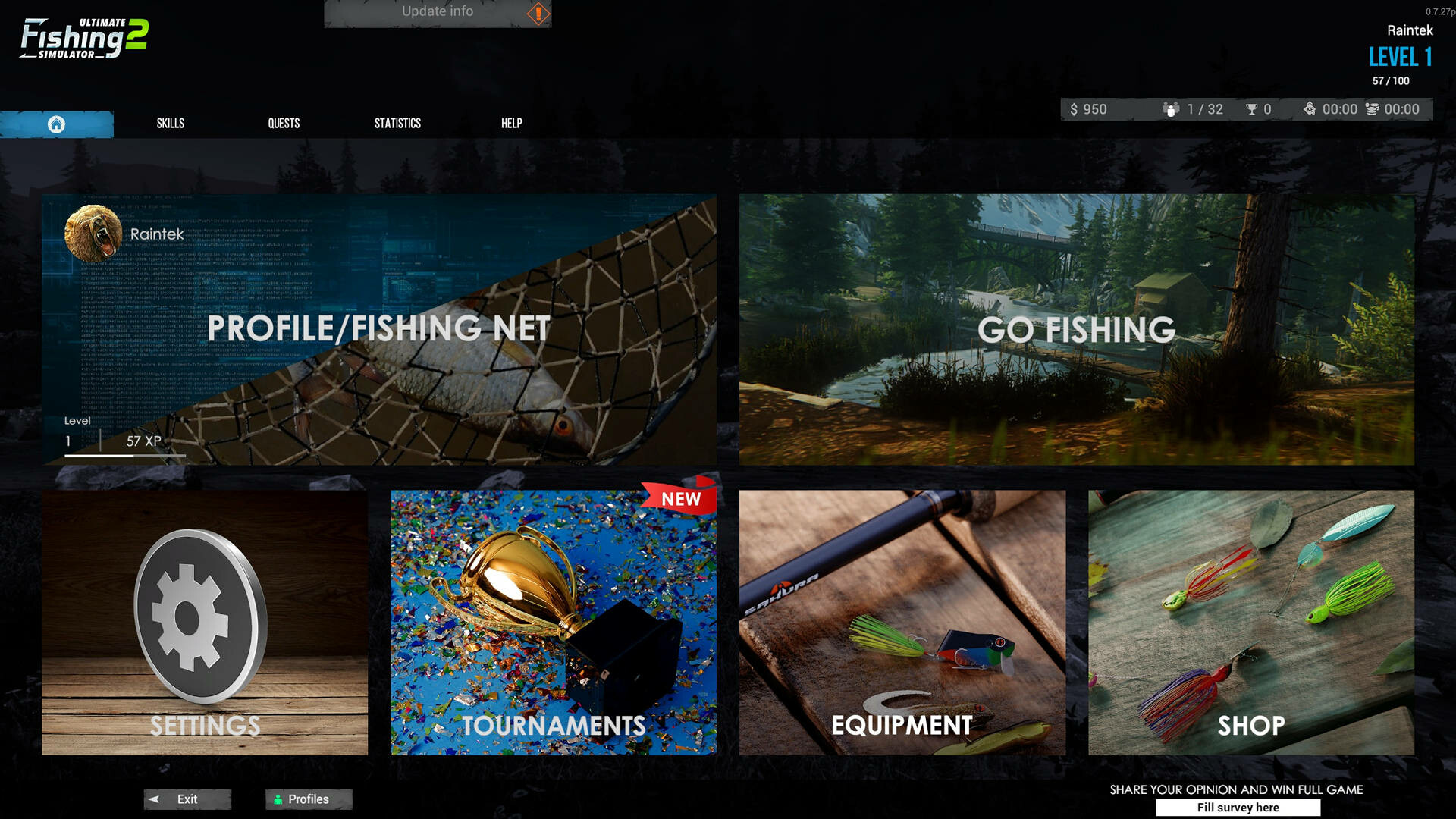 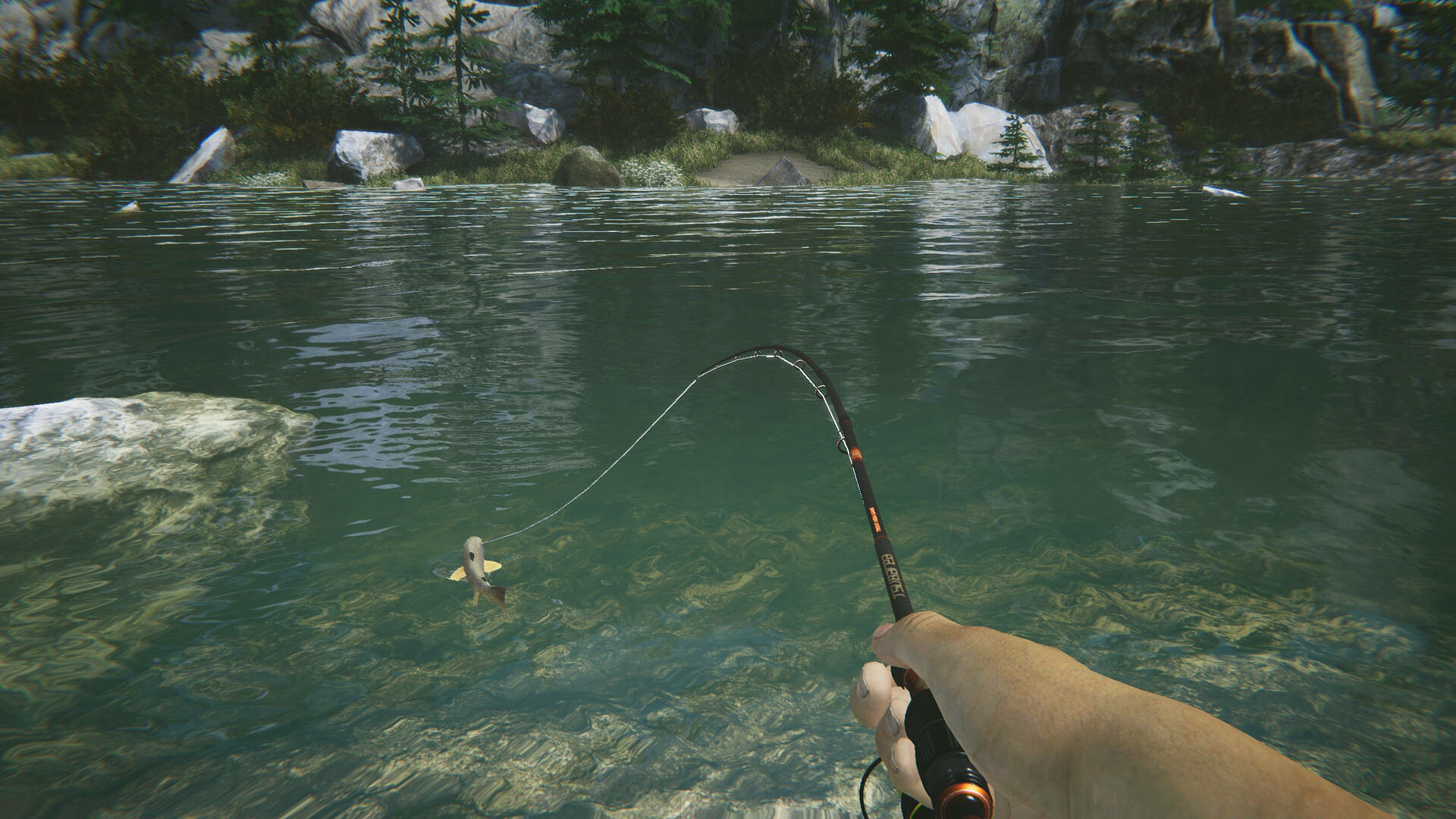 How To Install Ultimate Fishing Simulator 2