A refreshing new vision of the Ion Thruster. These new thrusters are modular, allowing for more complex and imaginative arrangements. These thrusters are available for both small and large grid ships and come in a variety of designs.

A new vision of the iconic Nuclear Reactor. Available for both large and small grids. Please wear proper protection when working in close proximity reactors.

A series of large grid hangar doors. Designed to fit together in any desired arrangement and promote more complex, modular designs.

A modernized gatling gun design. With extended barrels and a heavier feel. The spinning barrels of a gatling gun have never looked so good.

An articulated spotlight that behaves like a turret. Able to track targets at limited range. Comes fully equipped, with all the standard spotlight features, including custom colors, blink settings, intensity slider etc..

Troop carrier style passenger seat. Multiple seats can be arranged as a bench. Designed to seamlessly fit together and provide seating for multiple engineers.

An alternative to existing lighting solutions. Works well as ceiling decoration with passage blocks. Designed with a small profile for tight spaces. May also double as a disco dance floor!

A new take on the cockpit. A true command station. Give orders, or take them, in style. “Helm 108!”

Charge your railgun with this new, stylized battery. For all your power needs.

Provides “at a glance” power usage as the vents open, belching system heat in response to power demand. Perfect for a poorly lit reactor room.

A single large bulkhead door. This heavy duty, industrial style door has only a small porthole for viewing. Perfect for keeping the air in, or something out…

A Woodland camo skin. Maintain cover on your tank, artillery emplacements, or hidden outpost. Color can be changed.

For the hunter, circling its prey.

A “pvp” emote for deciding who needs to go on the next mining run or take point in a firefight. Randomly selects and shows one of the rock, paper, or scissors animations. Can also show a specific animation with the /rock, /paper, /scissors chat command.

Stand and salute your allies, enemies, or honored dead 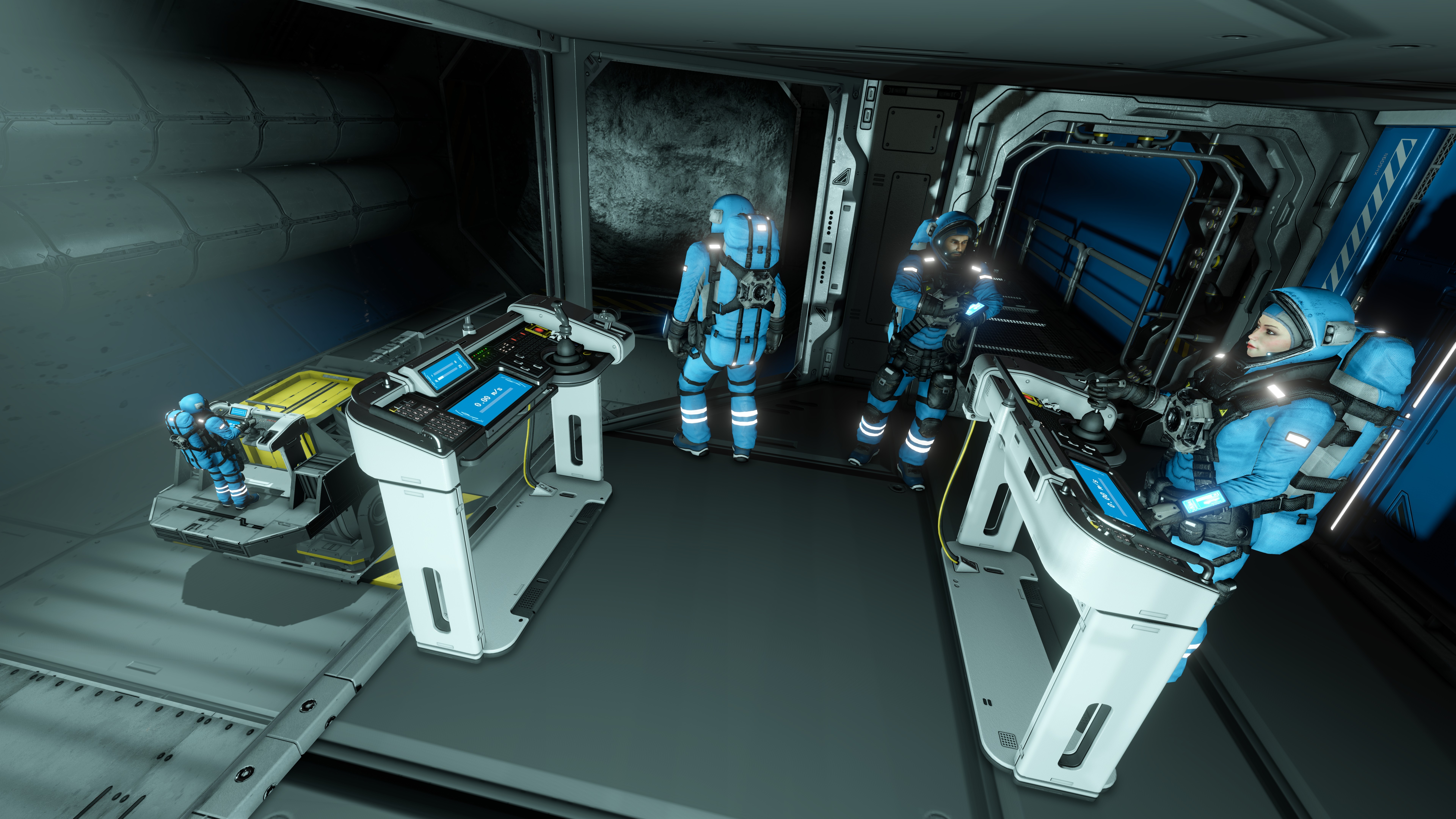 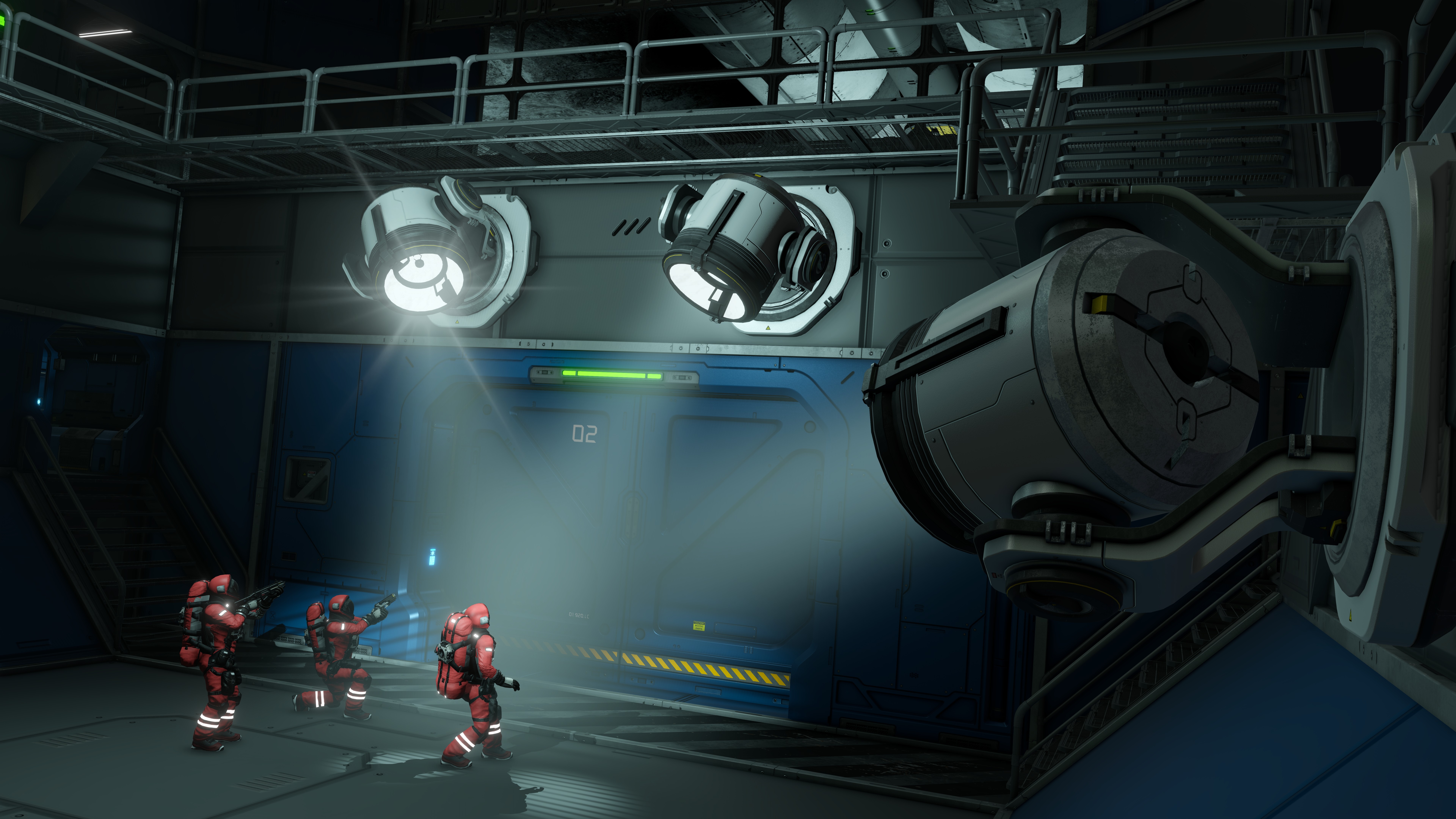 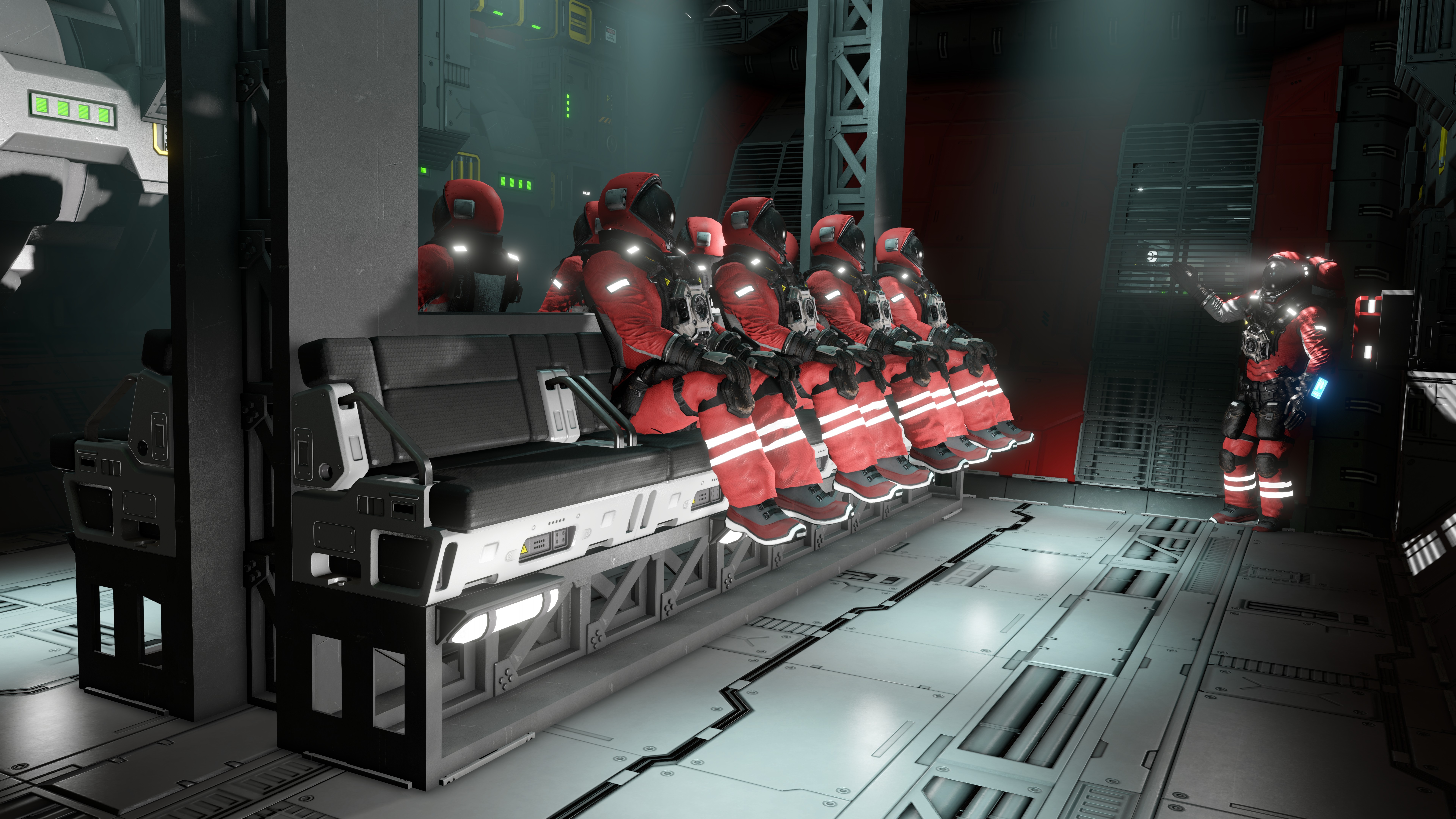 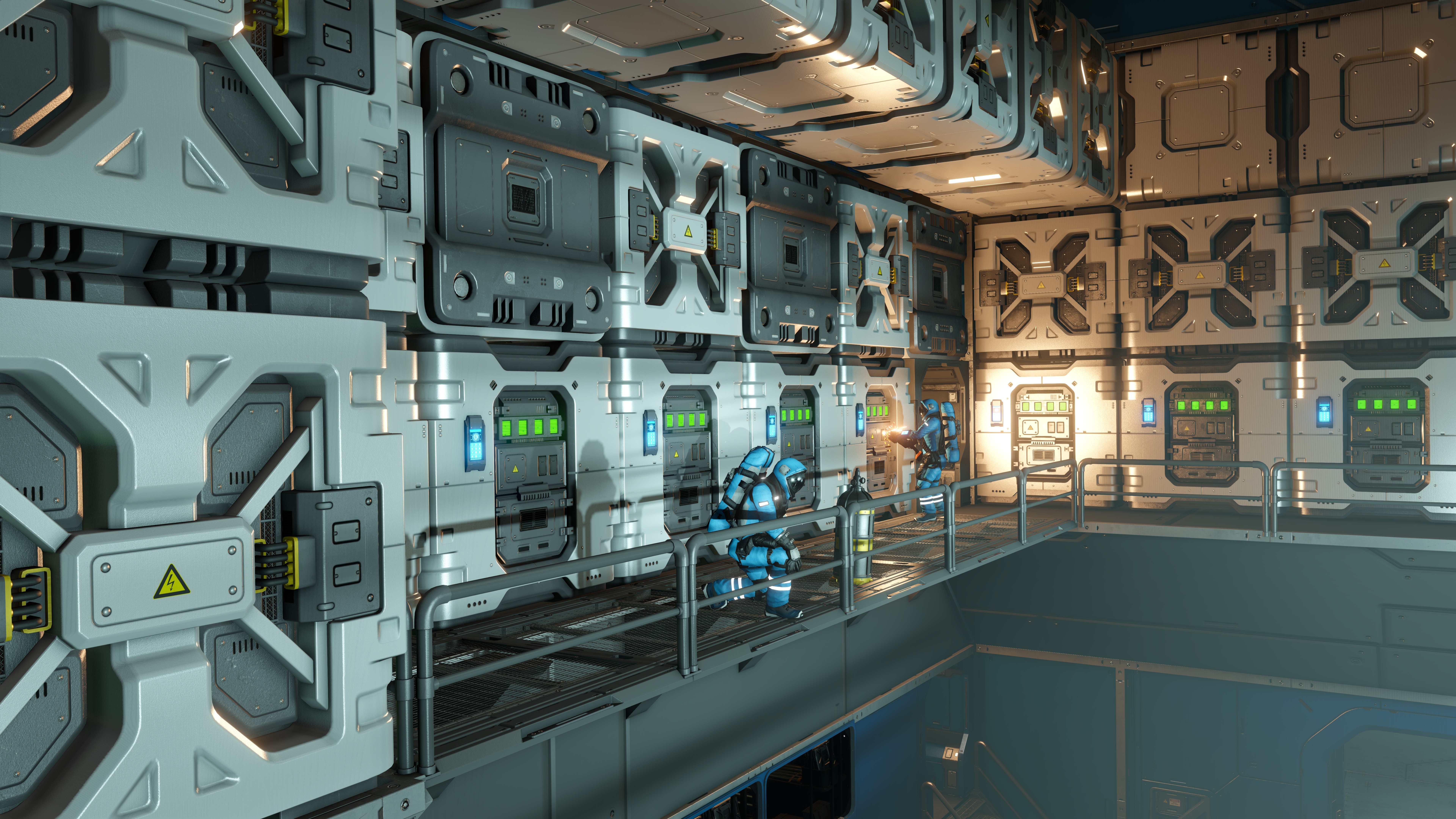 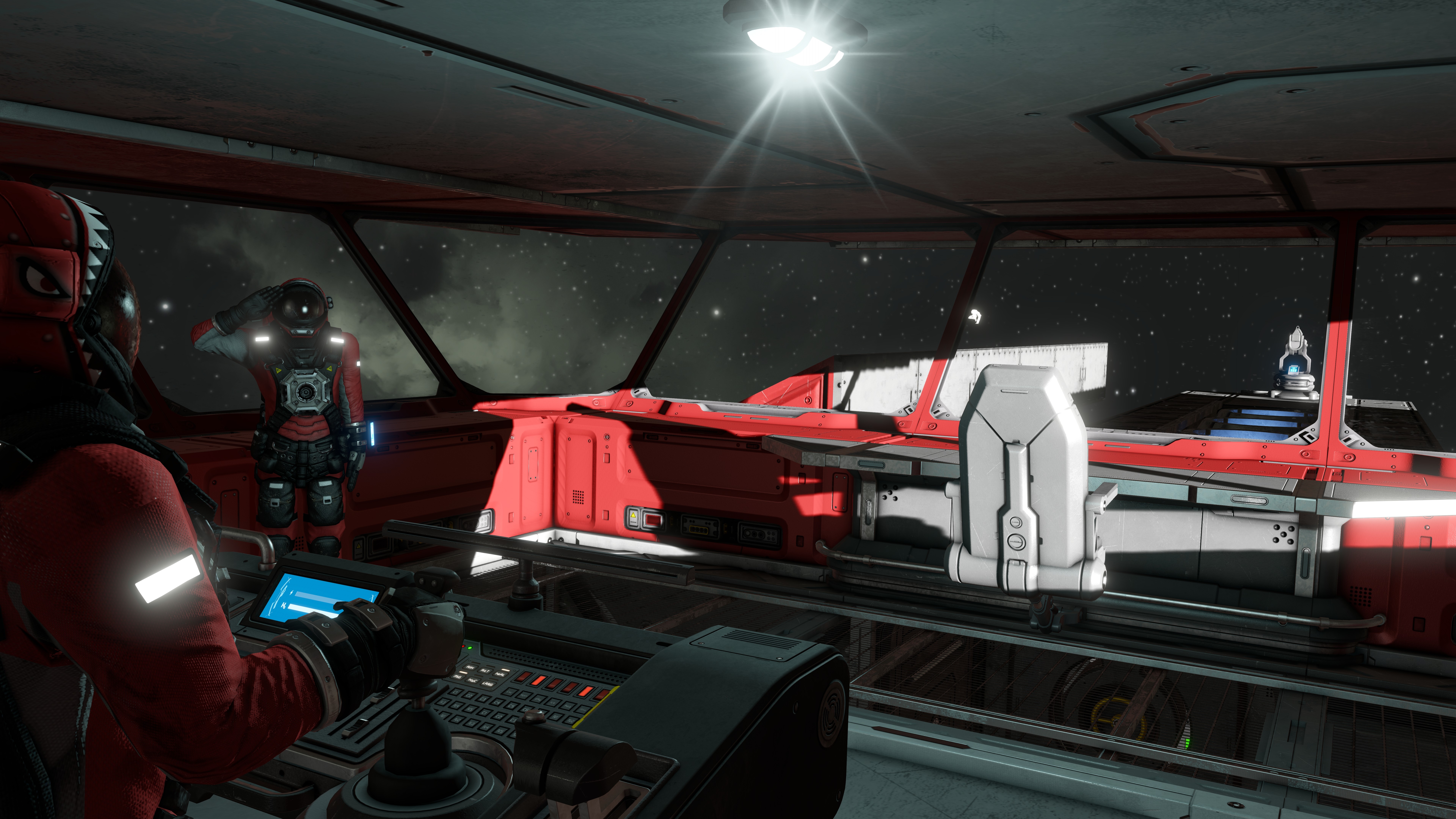 How To Install Space Engineers - Warfare 2