About This Game Reigns: Game of Thrones is the heir to the award-winning HBO® TV series Game of Thrones® and the smash-hit swipe ‘em up series Reigns from Nerial and Devolver Digital. Through the fiery visions of Melisandre, claim the Iron Throne as Cersei Lannister, Jon Snow, Daenerys Targaryen, and more to carefully navigate the complex relationships and hostile factions of the Seven Kingdoms. Employ ruthless tactics to outwit political rivals and wield impervious charm on your fickle bannerman. Maintain the balance and favor of the people to extend your reign and maybe, one day, survive the horrors of the coming winter.
A Formidable Cast: Rule from the Iron Throne as Cersei Lannister, Jon Snow, Daenerys Targaryen, Tyrion Lannister, Sansa Stark, and more. Change between each king and queen you unlock to face challenges and mysteries unique to their story.
Impose Your Will: Swipe left or right to change the fate of the Seven Kingdoms forever as you hear the impassioned pleas and unpredictable demands from the people of Westeros. If a particular character becomes bothersome, tear their card in half to unburden Your Majesty with their concerns – but at what cost?
Reenvision Westeros: Melisandre’s visions are your playing field and extend beyond the TV series to imagine the many fates of those that would sit upon the Iron Throne. Rebuild the Great Sept of Baelor as Cersei or discover the path of the Seven Kingdoms if Sansa Stark had married Jaime Lannister. 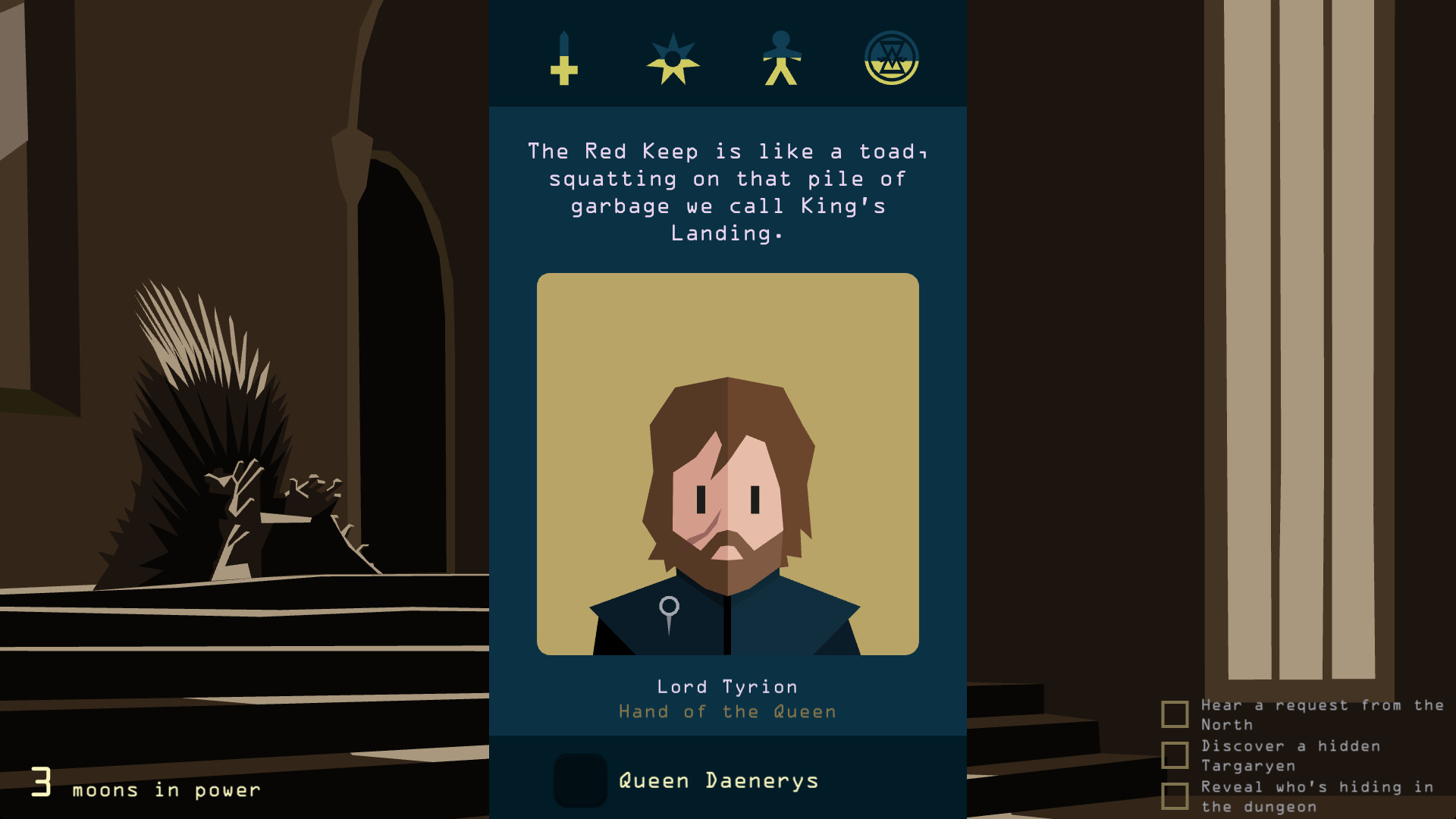 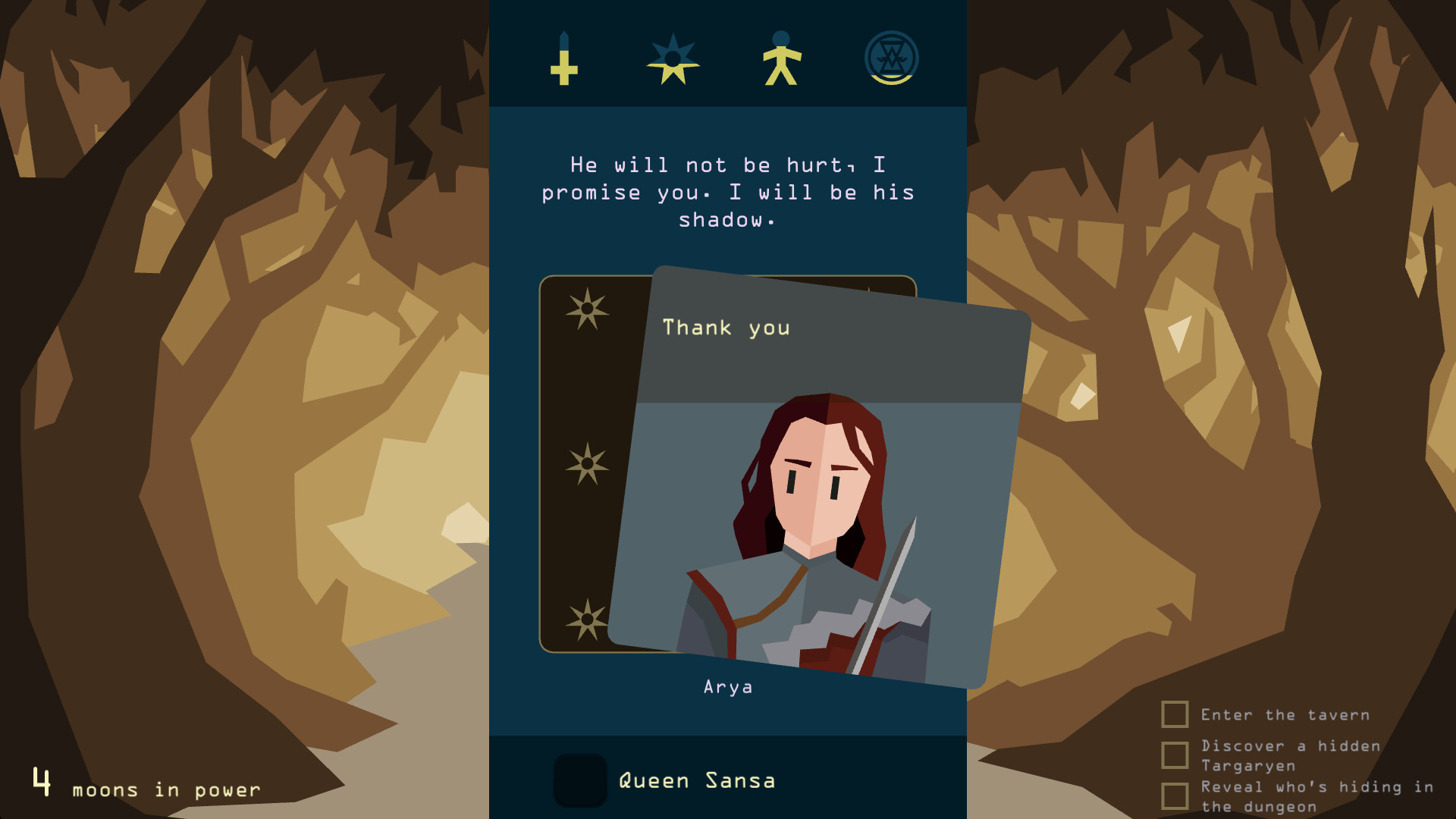 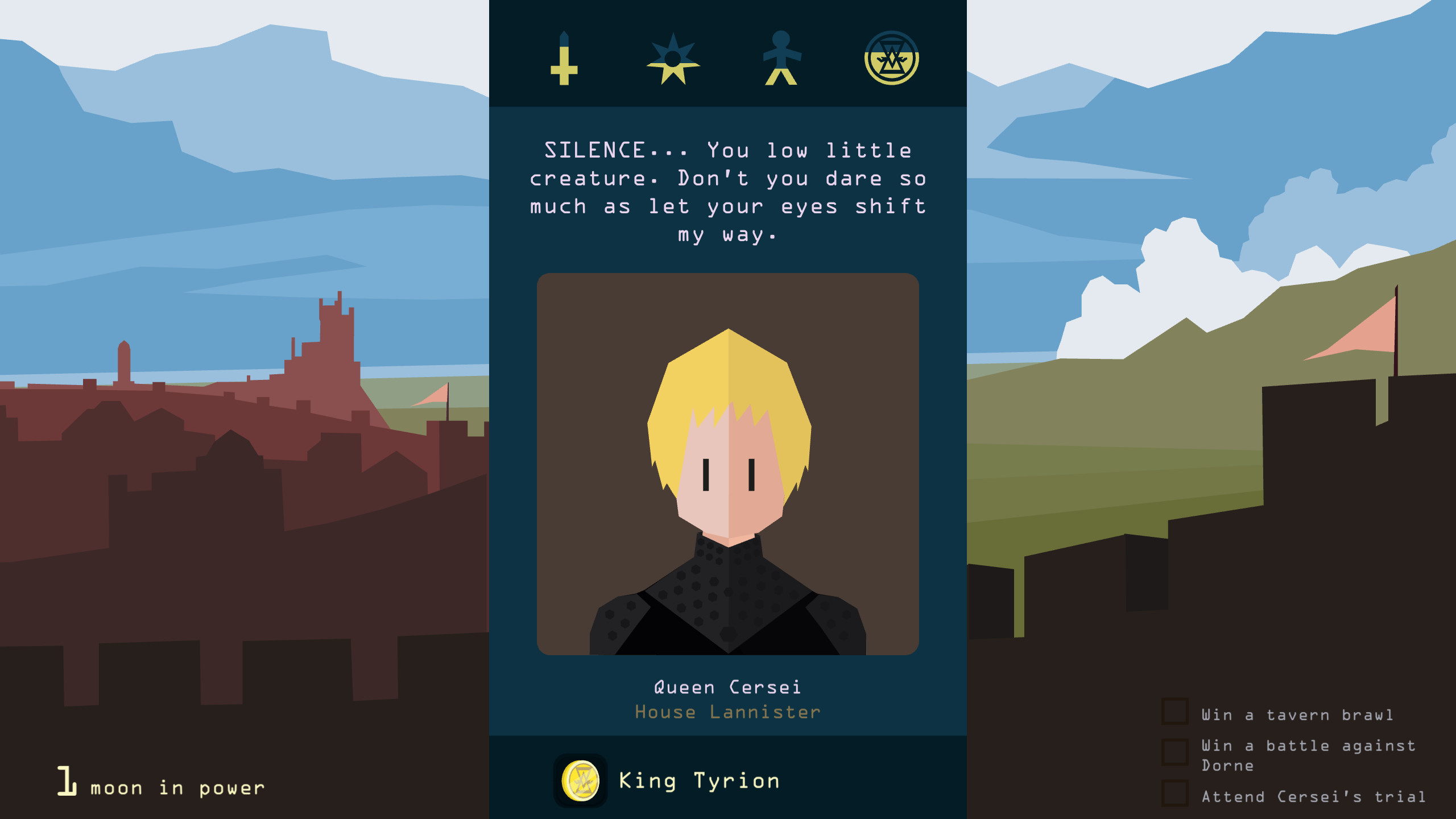 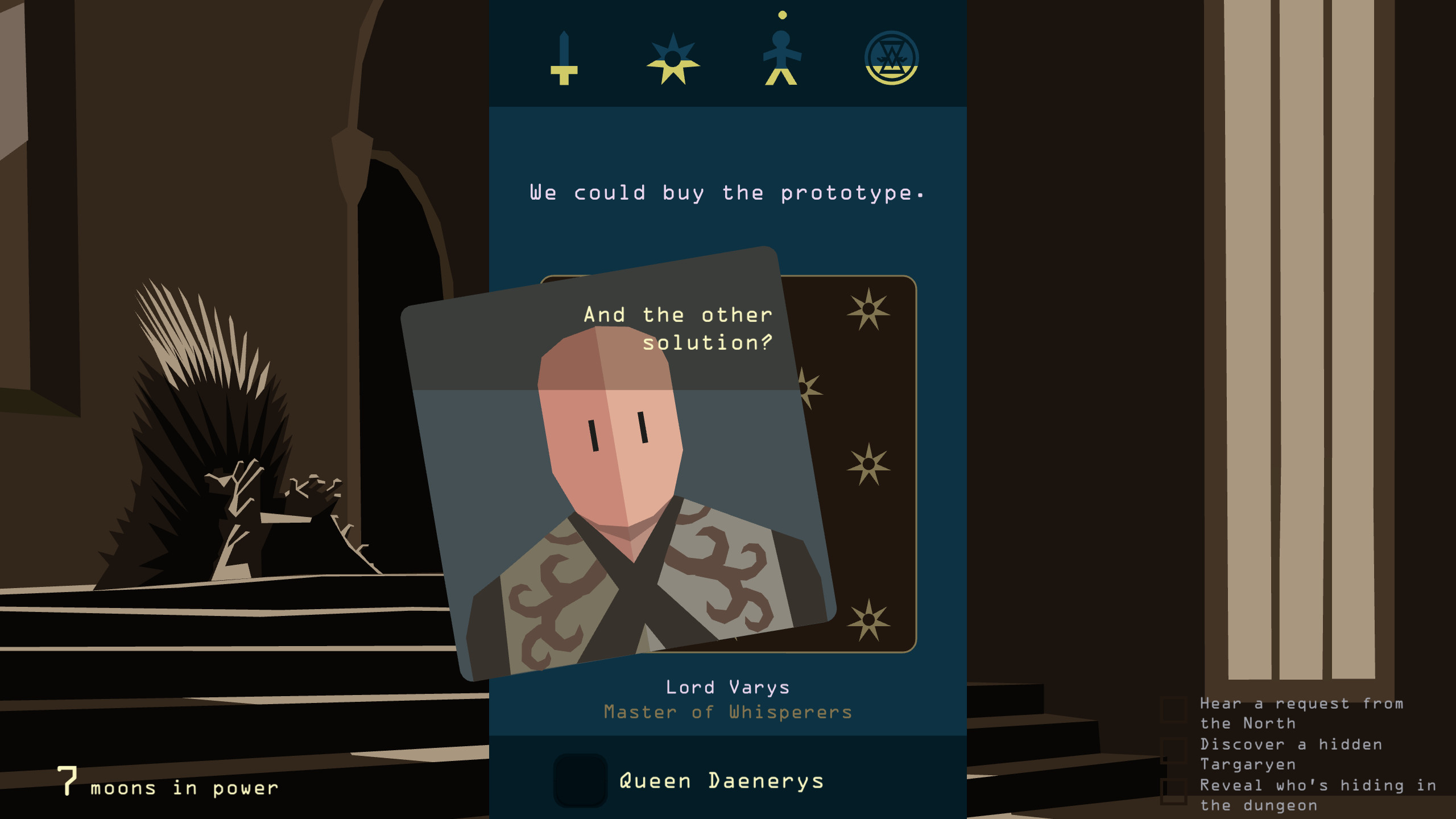 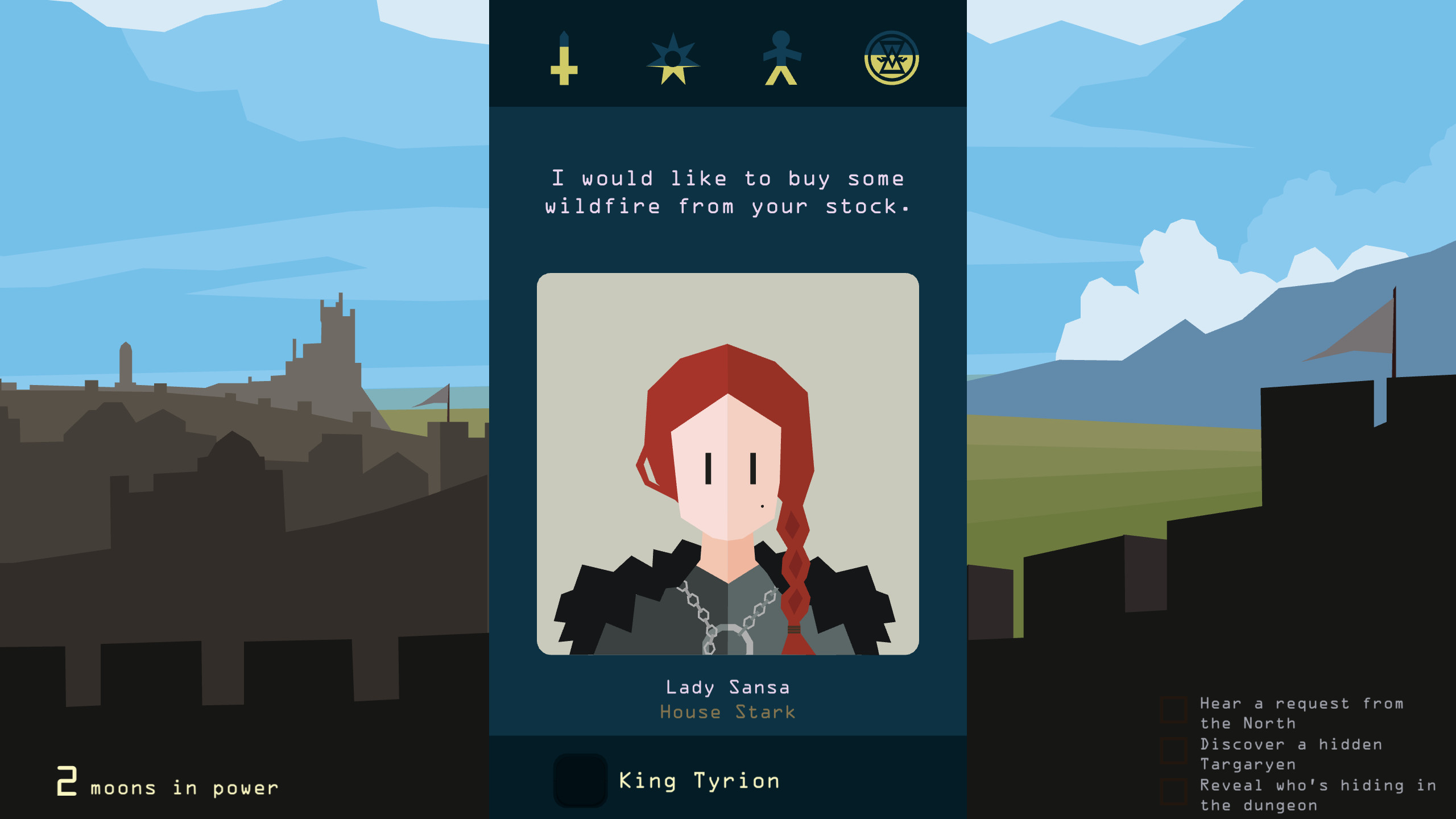 How To Install Reigns: Game of Thrones