A refreshing and highly re-playable bullet hell style shooter that WANTS you to play dangerously!

“Graze” past enemy bullets to charge your “Graze Counter”, then unleash it upon your enemies as a highly deadly attack!
Ride the razor’s edge of life and death in this high-risk high-reward danger oriented arcade style shooting game.

EDEN, the massive virtual reality network witch helped humankind to flourish, suddenly severed all contact with the outside world…Leaving the minds of its 100 million users trapped inside.
A covert special task force known as “Saviours” has been called in to address the situation. Using special attack programs modeled after fighter jets, they plan to delve into the deepest cores of EDEN and find who or what has set it haywire.

Uzuki Ginyose Male pilot of the [APRIL DIVIDER] attack program. He may look like a girl, but he’s dressed that way for specific combat reasons. Plus he doesn’t really mind how it feels either…

Satsuki Furuyama Pilots the [FREEDOM DANCER] attack program. Male turned into a female as the result of an ill-fated human experiment. Uzuki’s best friend who always has his back.

Hayate Katori Pilot of the [REVOLGEAR] program. A world renowned genius programmer in real life with a strong connection to EDEN.

Kiriko Kirisame Pilot of the [KIRISAME BLADE] program and master of short range firepower. Yandere girl who is secretly in love with Uzuki.

Striae The Mysterious entity that has taken control of the virtual world [EDEN]. Who or what she is remains to be discovered…

A top-down scrolling 2D shooting game where you charge your gauge by getting dangerously close to enemy fire, then unleash it as a powerful enemy obliterating “Graze Counter”!

Each ship has a “Counter Gauge” that charges by being in close proximity to enemy bullets. You then use this charge to unleash powerful attacks.Destroying enemies with these special attacks gives you stars which are collected and used to build the “Break Gauge”.Once the break gauge reaches MAX, you can activate “Break Mode” for a temporary yet intense firepower boost!

Test the limits of your destructive power with these highly deadly counter techniques! 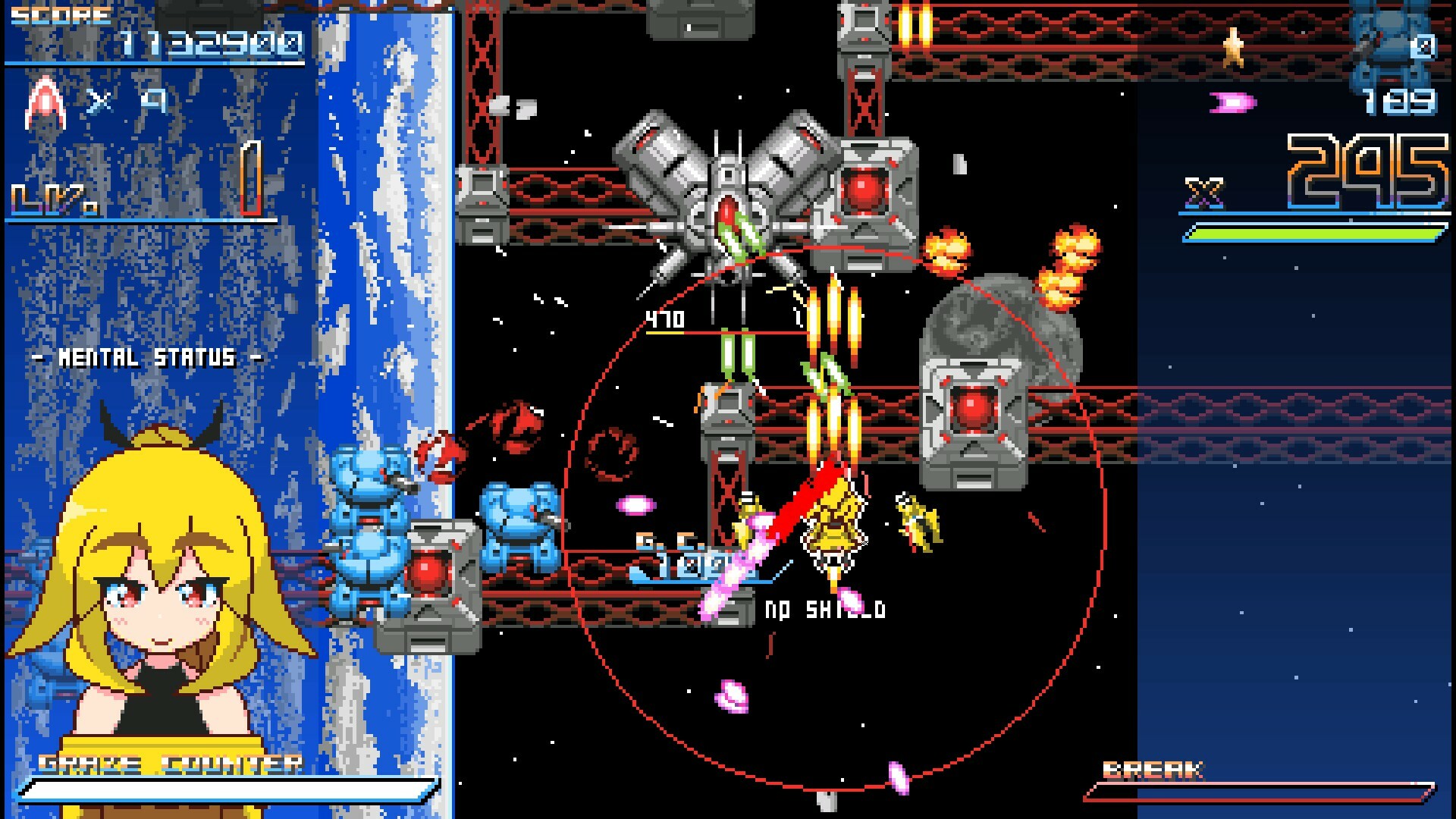 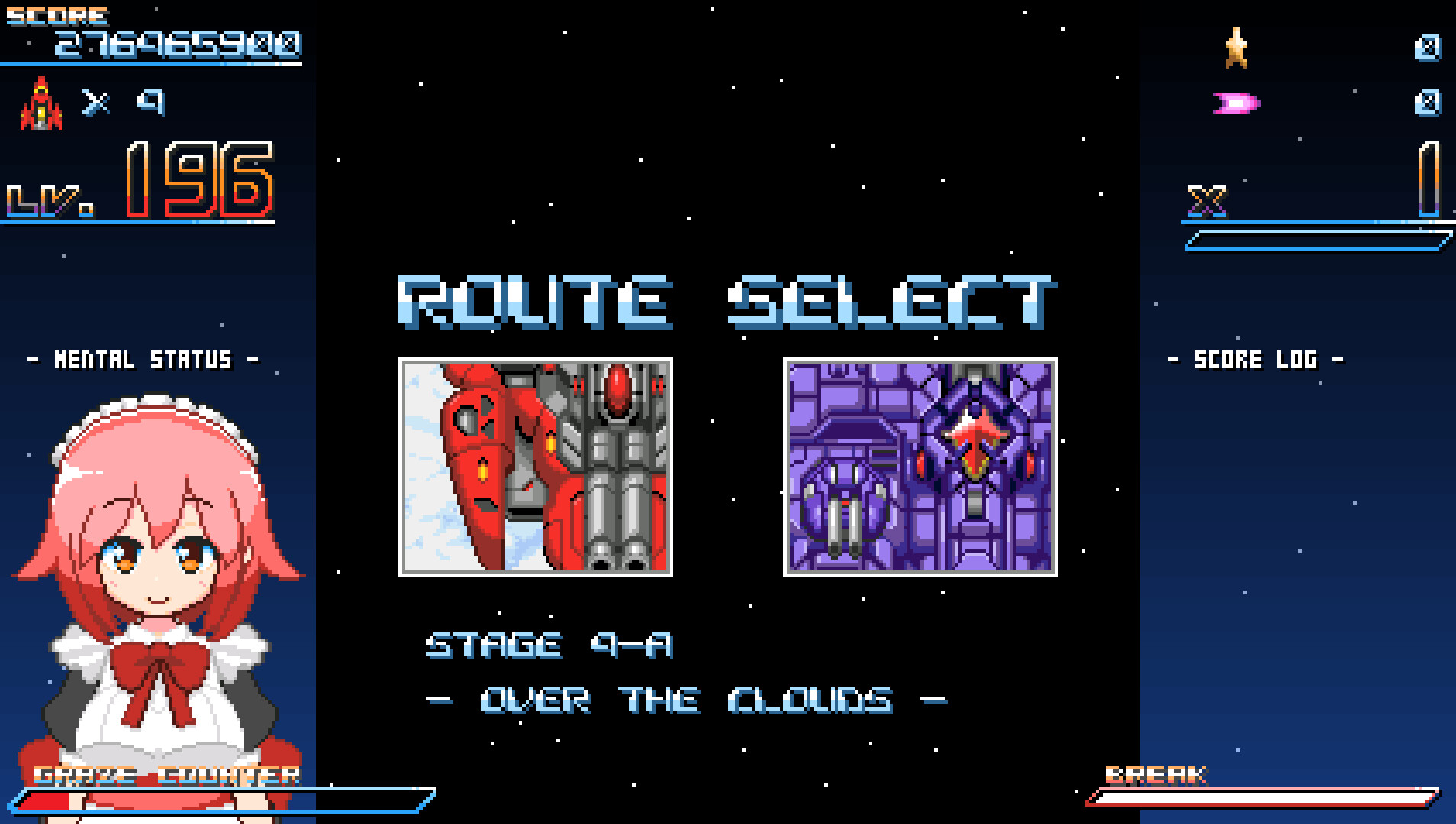 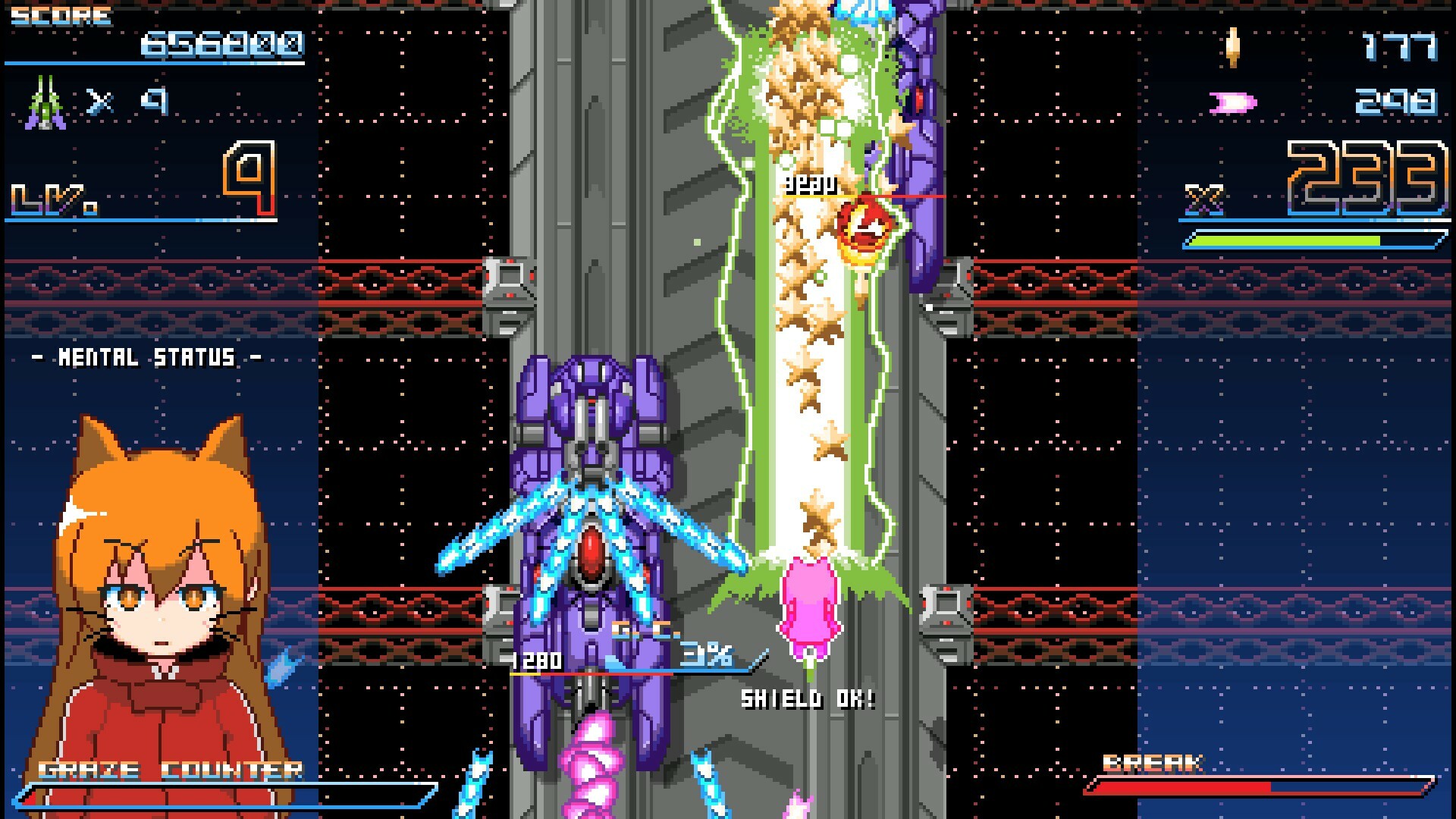 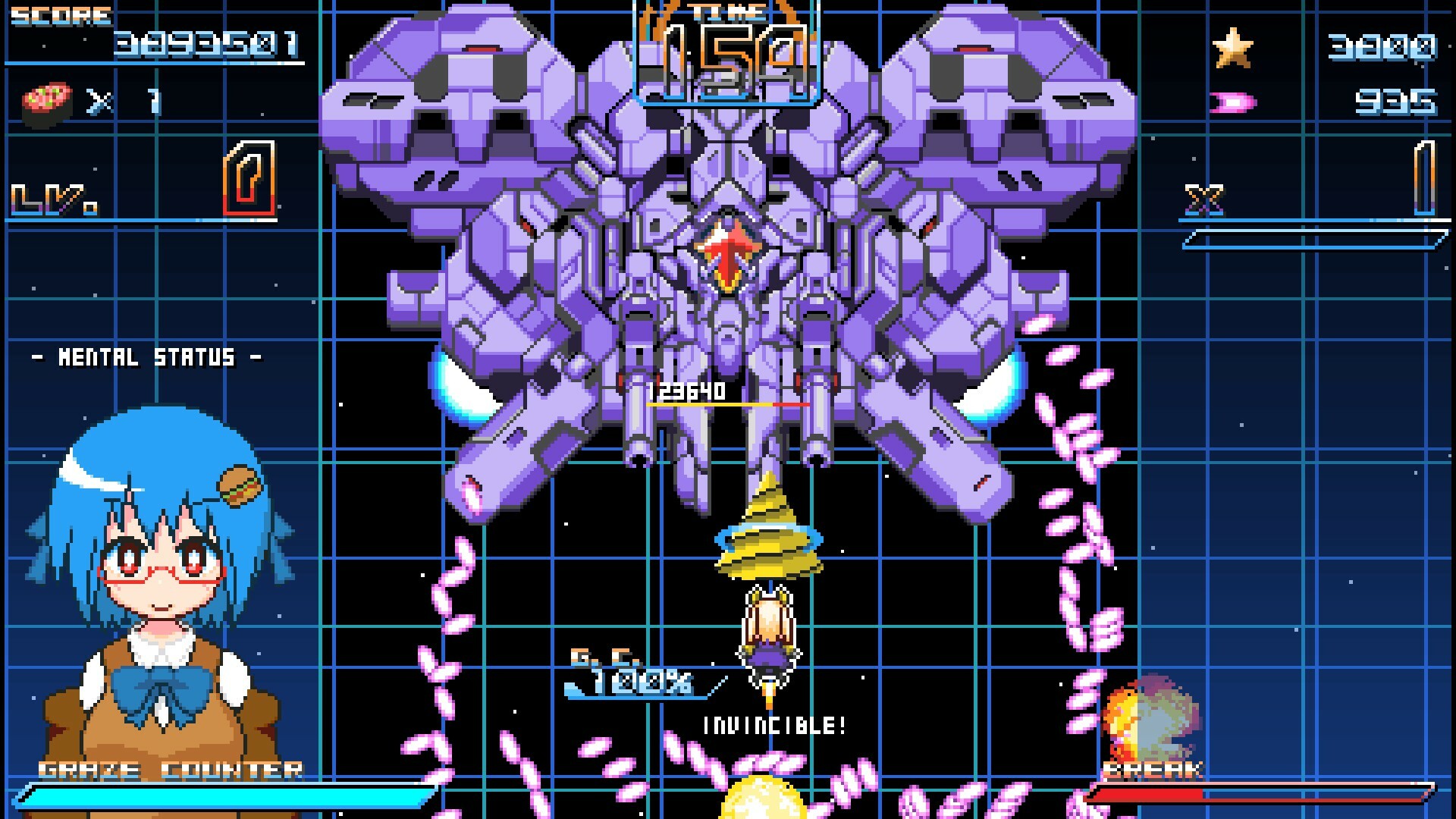 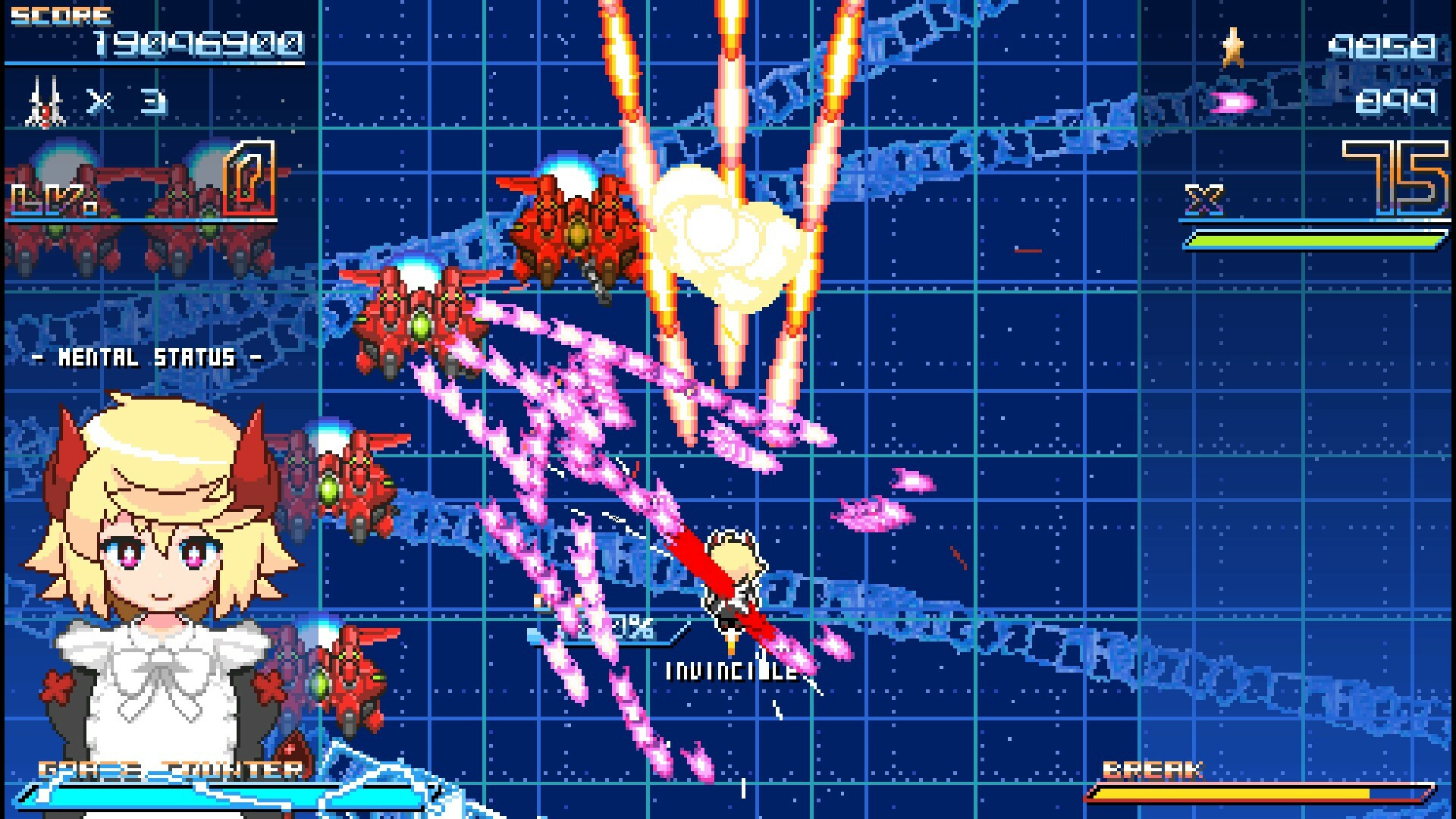 How To Install Graze Counter GM