Chapter 2: When the protagonist came to the Middle East, he fainted in the open space due to the lack of food and water. He recalled the training scene at that time. At that time, the two teams (the Whirlwind Team and the Black Horse Team) fought fiercely and would be eliminated if they were careless

Chapter 3: Brank wakes up with his strong perseverance and finds that there is a village in front of him. The village is empty, but there are relatively rich materials. It is a lair for running dogs. He has arranged two armed helicopters to help you evacuate

Chapter 4: Blanc comes to the search and rescue center, but finds that it has been occupied. The running dogs have done a lot of fortifications here, and cut off the power of the elevator. Only if they kill a blood way can they succeed

The player has too many deaths, and there is a variance in the middle of the segment, that is, the more deaths, the slower the segment will be upgraded

There are beautiful merchants in the game map. You can hire soldiers from the merchants. Soldiers will help you attack your enemies. Mercenaries have a separate name. Characters cannot be revived after death. Mercenaries are rich in types. Welcome to experience the game

Main features of the game

The multiplayer game training ground can train your marksmanship and bunker knowledge to the greatest extent. Come on! the special arms

There is no light at night on the battlefield, but our protagonist has a night vision device to see everything in the dark!

Mercenaries are your teammates. They have their own names and beliefs. They are trapped in this huge battlefield, so try to evacuate them

Evacuate from the evacuation point on the map and get rewards and honors!

February 5, 2022: Double line confrontation: the sales performance on the harvest day was not ideal, the developers abandoned the original project, continued to write stories, and developed a double line confrontation: New World
February 8, 2022: purchase game materials and plug-ins
February 15, 2022: start to integrate various materials and optimize BUG
May 15, 2022: After three months of development, the game framework and outline have been basically released
May 25, 2022: Game developer test
July 29, 2022: Square game platform registration shop page
December 17, 2022: Trial version of the game will be launched in Steam Mall

Why should games be charged?
Because the developer’s own economic problems are not sufficient, the development of the game itself is very expensive. In order to earn back the pledged money, we have no choice but to charge the player! (There must be a discount on holidays)

This is a boring and dramatic first person shooting game
Players in the game can upgrade and unlock segments by killing terrorists
Players can upload their game data to the leaderboard at any time
Players can create a steam room to invite friends to play together (the game client was stuck during the internal test, possibly because the game accelerator was not turned on and the accelerator developer was on the way to contact)
The game is extremely hard, and the player’s HP is very thin. Don’t always think about the hard front. Use the bunker and terrain advantages reasonably to kill the enemy quickly and reach the evacuation point alive
The game has six maps of different difficulty and multiple weapons for players to choose
For more game content, please pay attention to the sun god in the pocket of Bili Bili God/ndieova Laosun to play the game or learn about it through the official website (the official website is slow, please wait patiently) 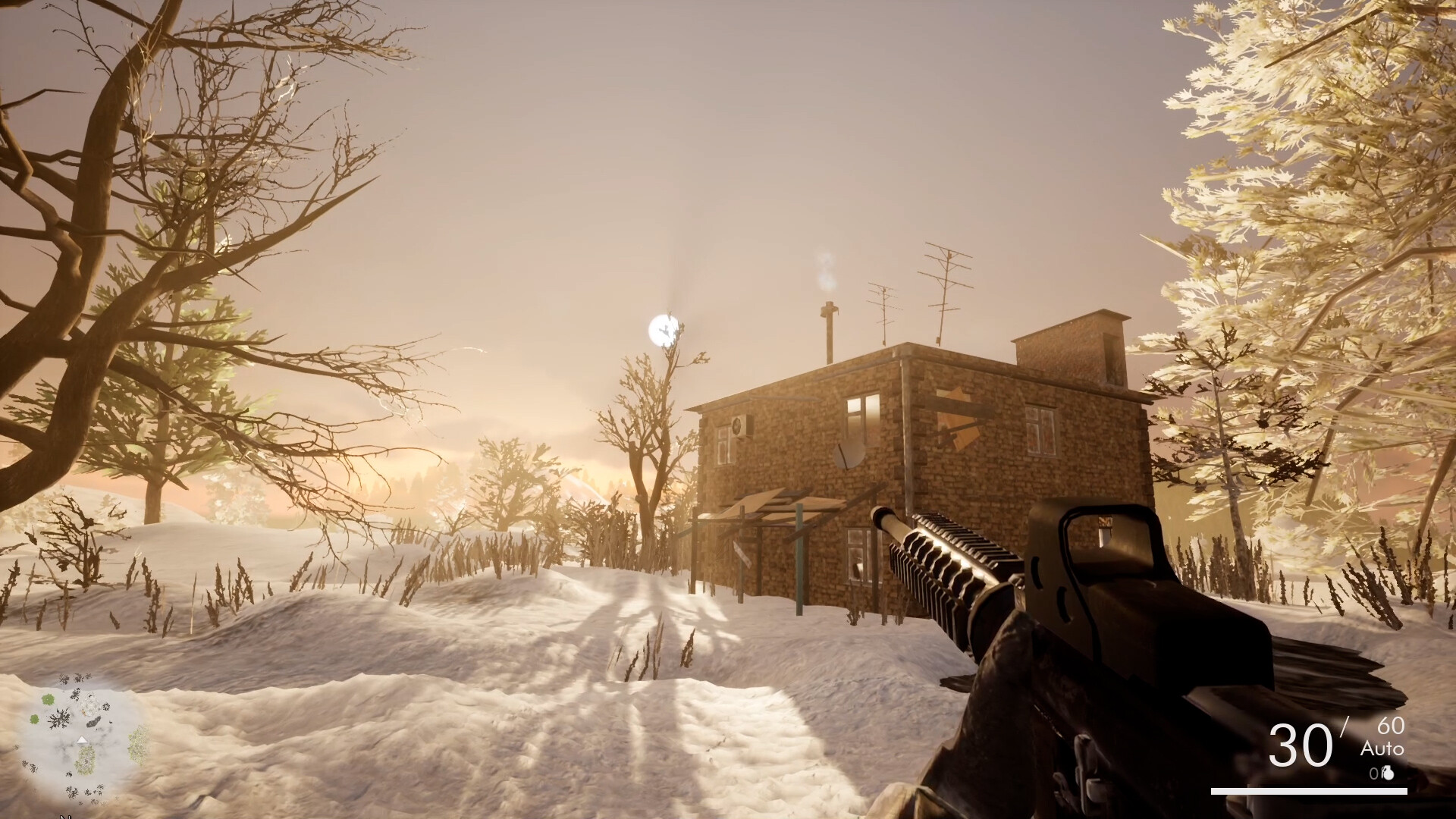 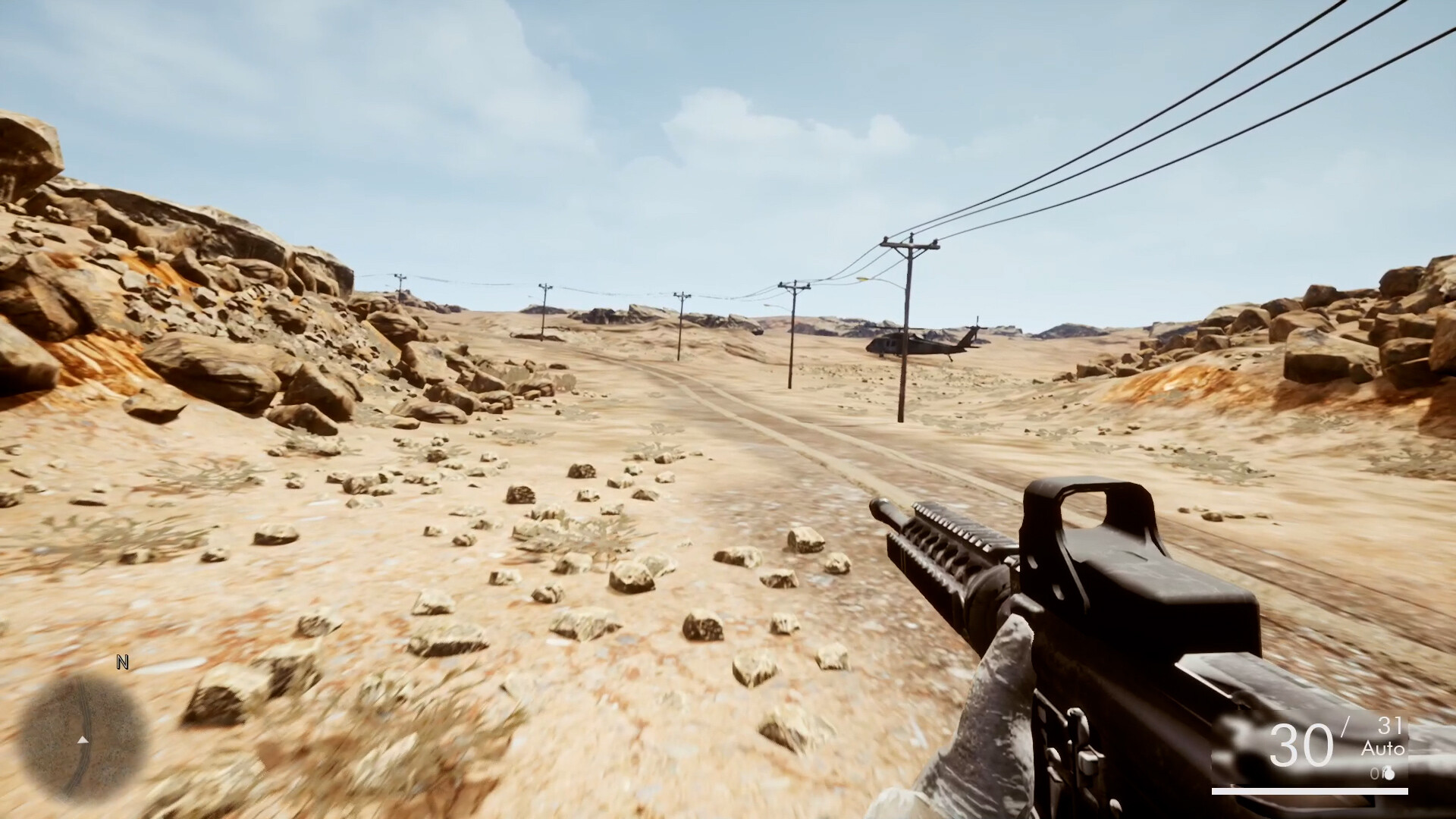 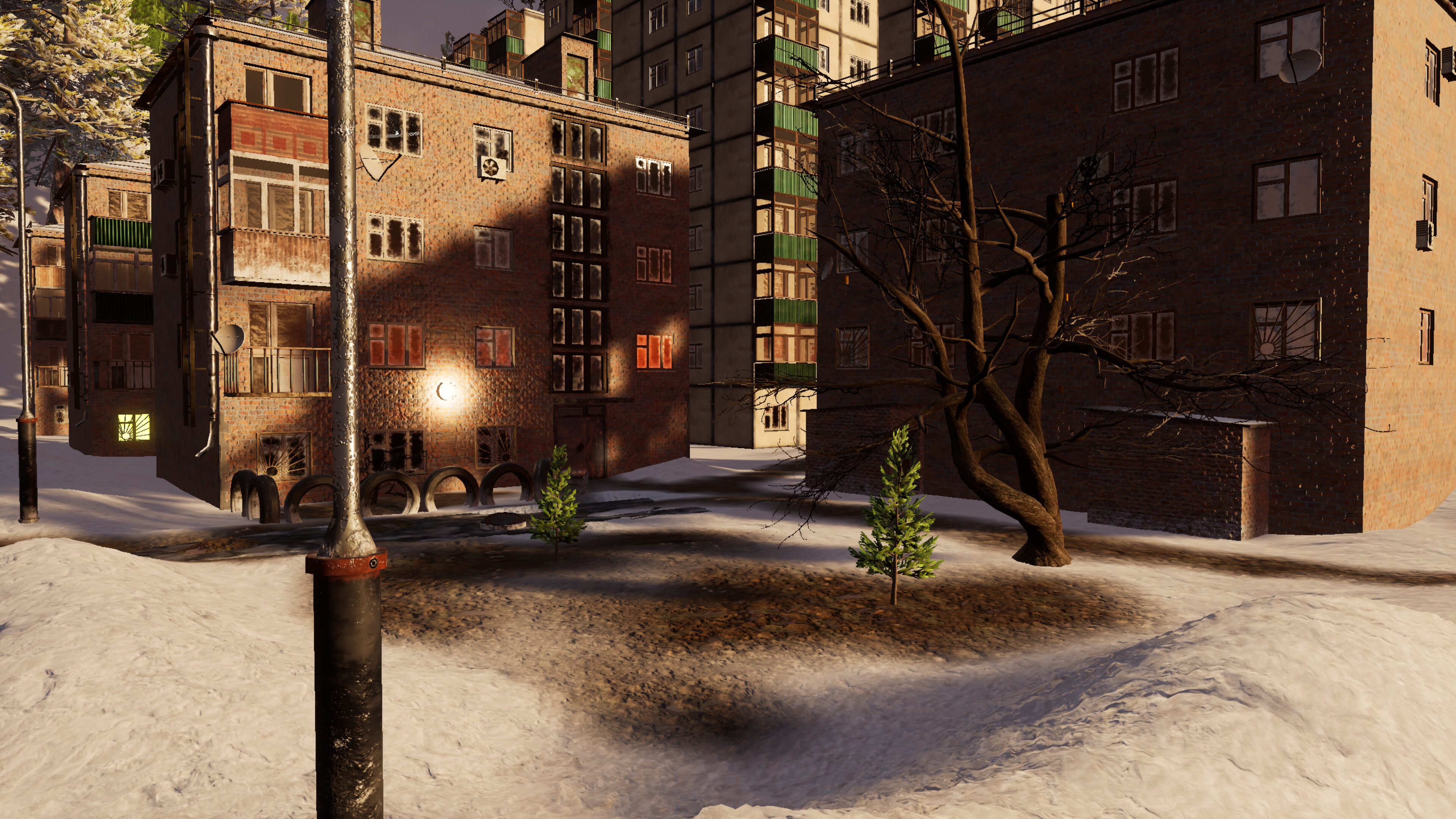 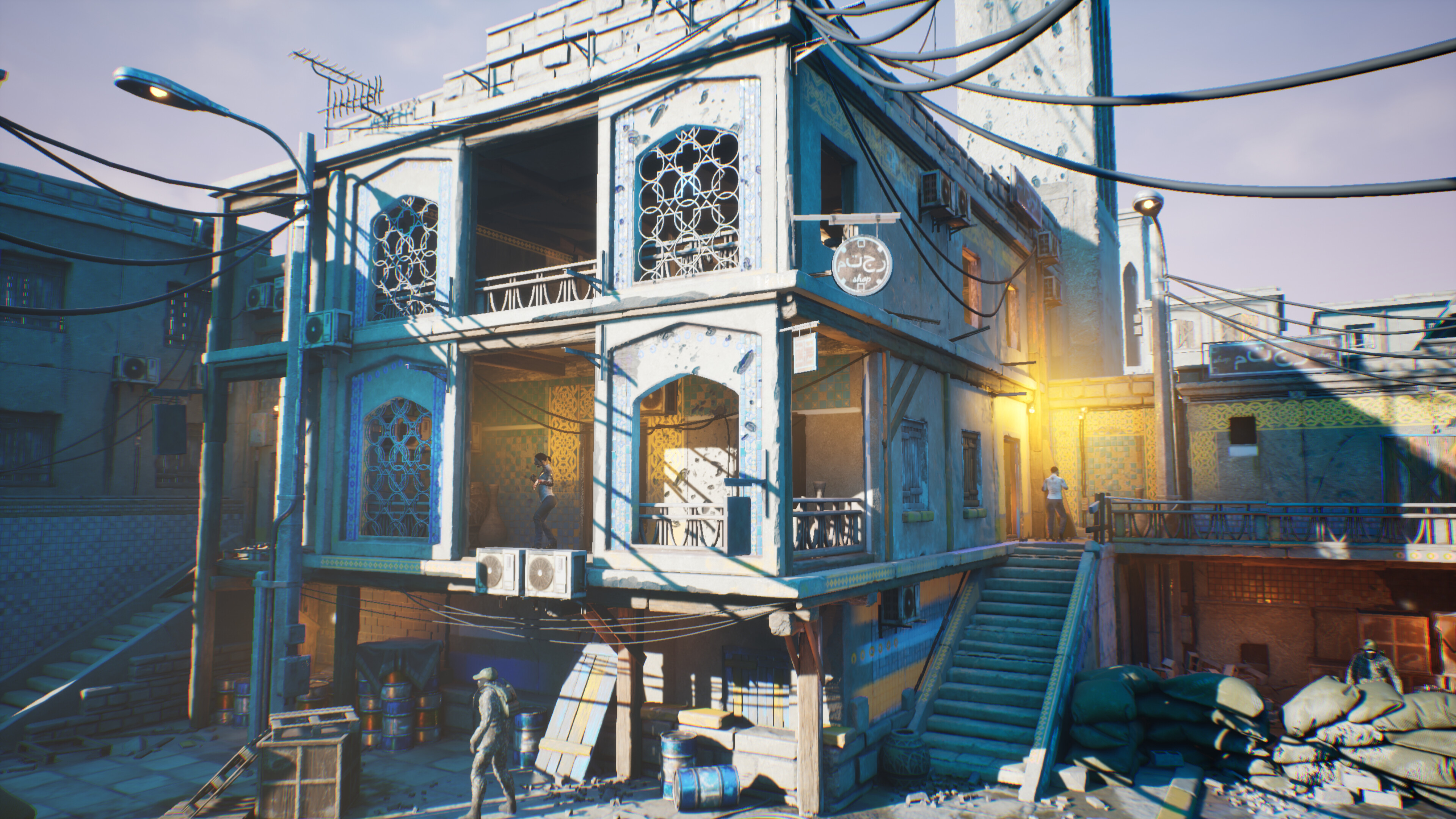 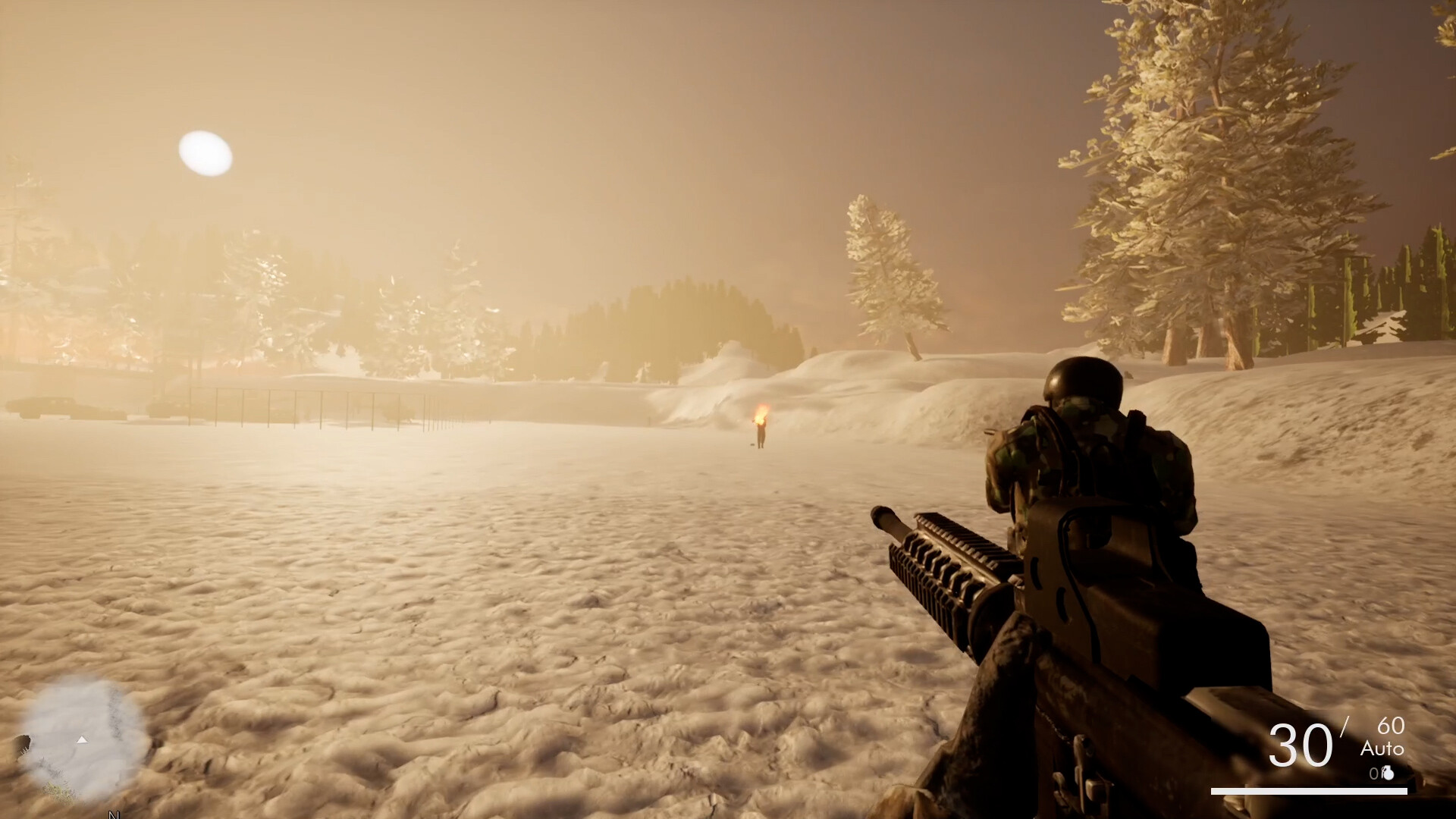