Get ready for a RTS dinosaur game in an old forgotten age, the Age of Jura.
A piece of history…
Let us go back to the age when humans lived among dinosaurs. I hear you thinking, "What?! Humans never lived amongst dinosaurs!". Let me enlighten you.
For a long period of time humans lived in the shadows of dinosaurs. The animals were always on the top of the food chain, and finally the humans just had about enough of it. The only way to break free from the constant threat was to eliminate the enemy.
There have been many theories about the extinction of dinosaurs. A meteor impact, a volcanic eruption, sea-level regression, or even cosmic radiation from a nearby supernova. Now, the reason these stories exist is that people were actually a bit ashamed of the mass killing that went on in that age, so people were not speaking about it. After decades of generations the real story was lost, and people came up with their own theories.
But back to the real story. The age where humans finally stood up against their enemy.
Let's visit the Age of Jura.
Each island you discover is filled with your worst enemies; dinosaurs. Make sure the human race will be on top of the food chain.
Take control of a group of villagers and lead them from a top-down perspective to:
- Research new technologies and weapons
- Defend your village
- Hunt down all dinosaurs 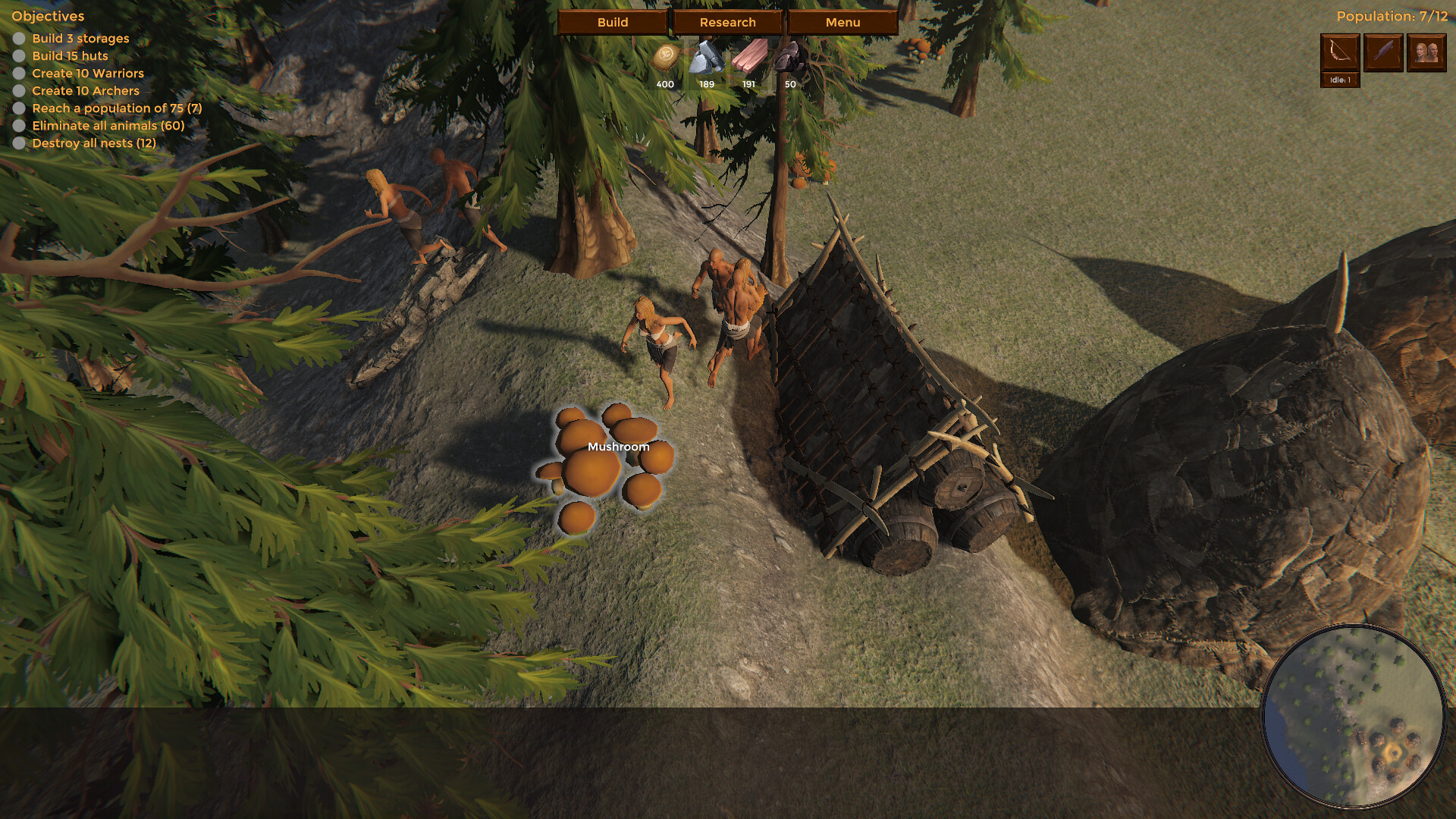 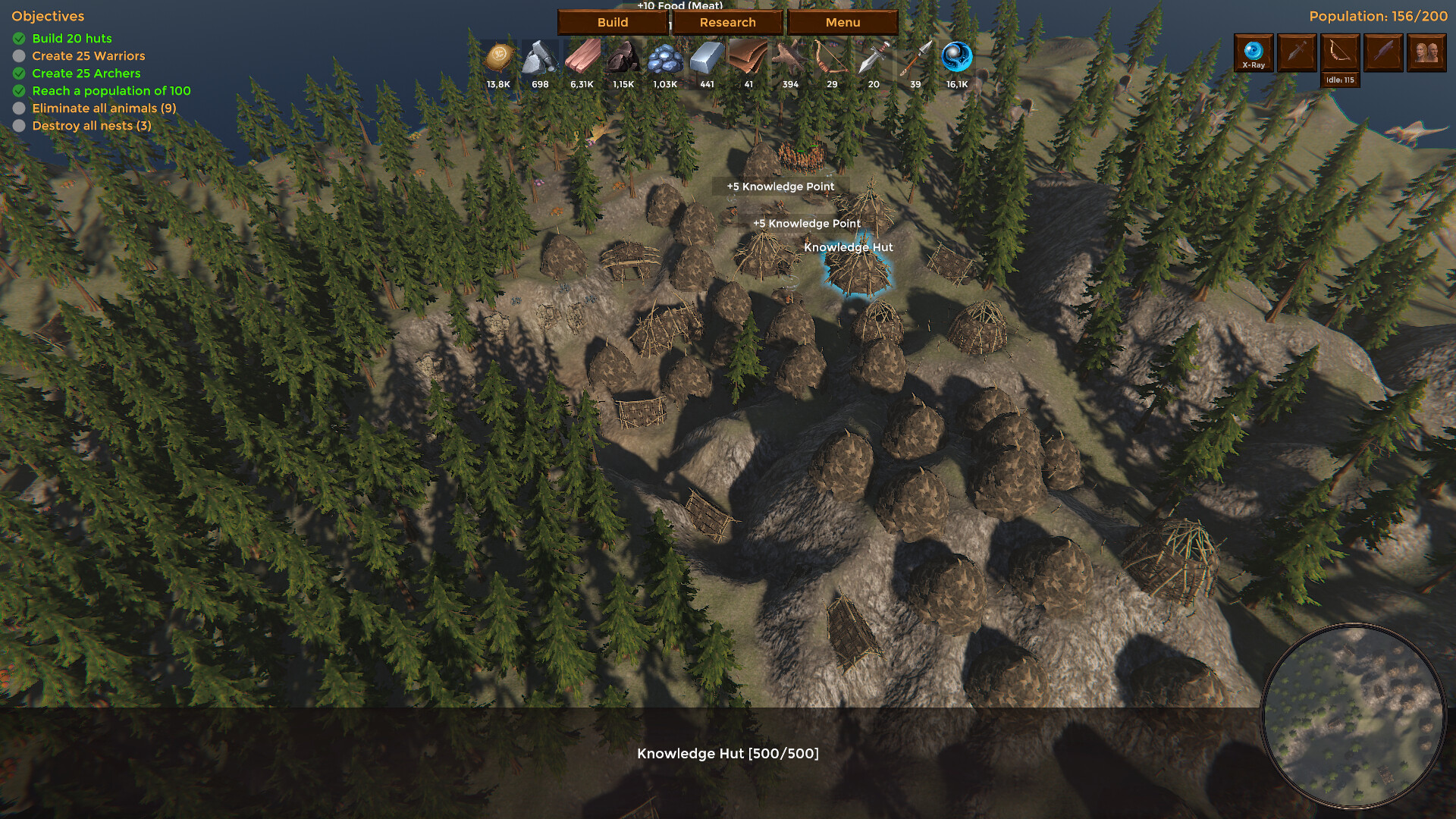 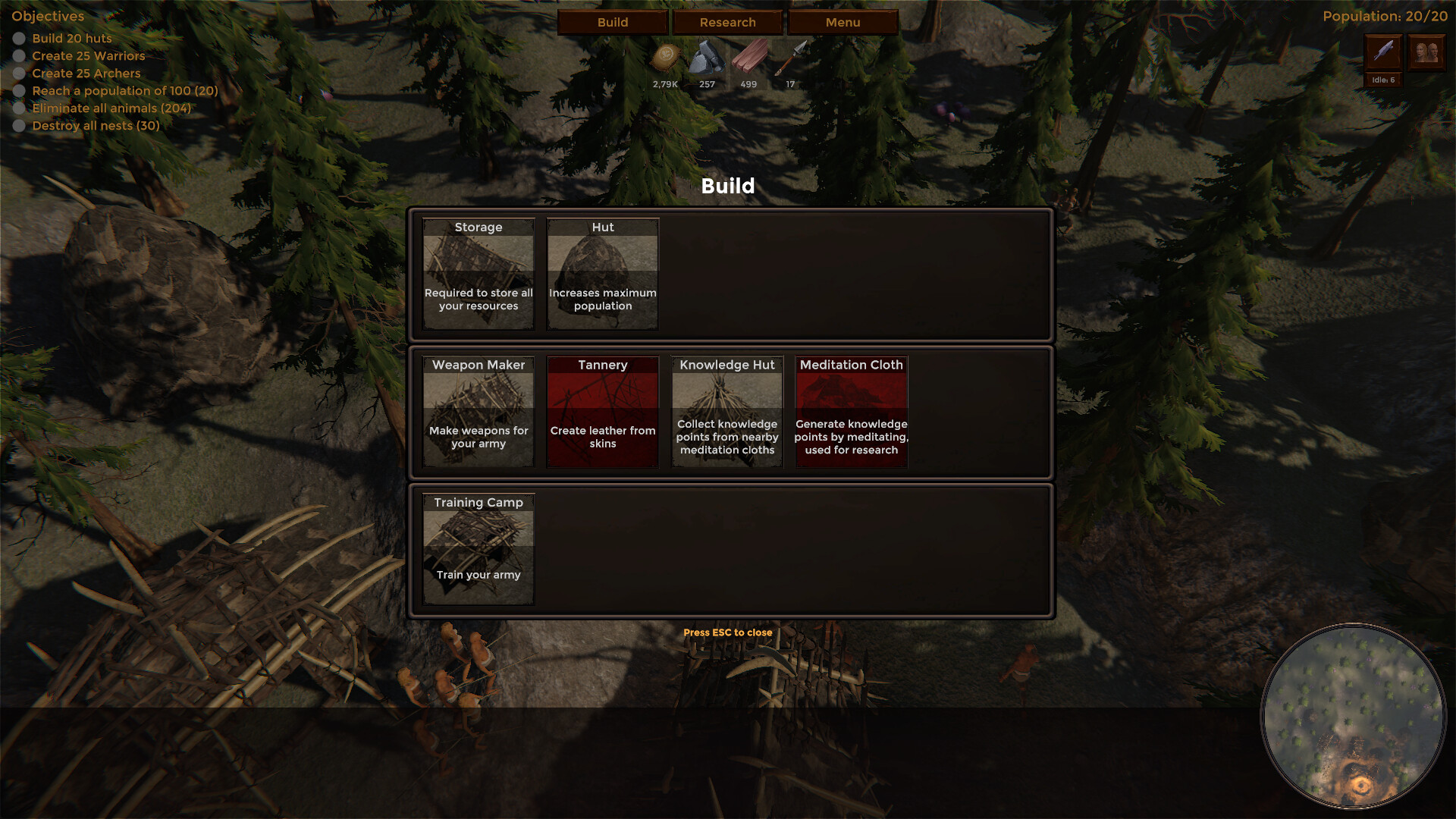 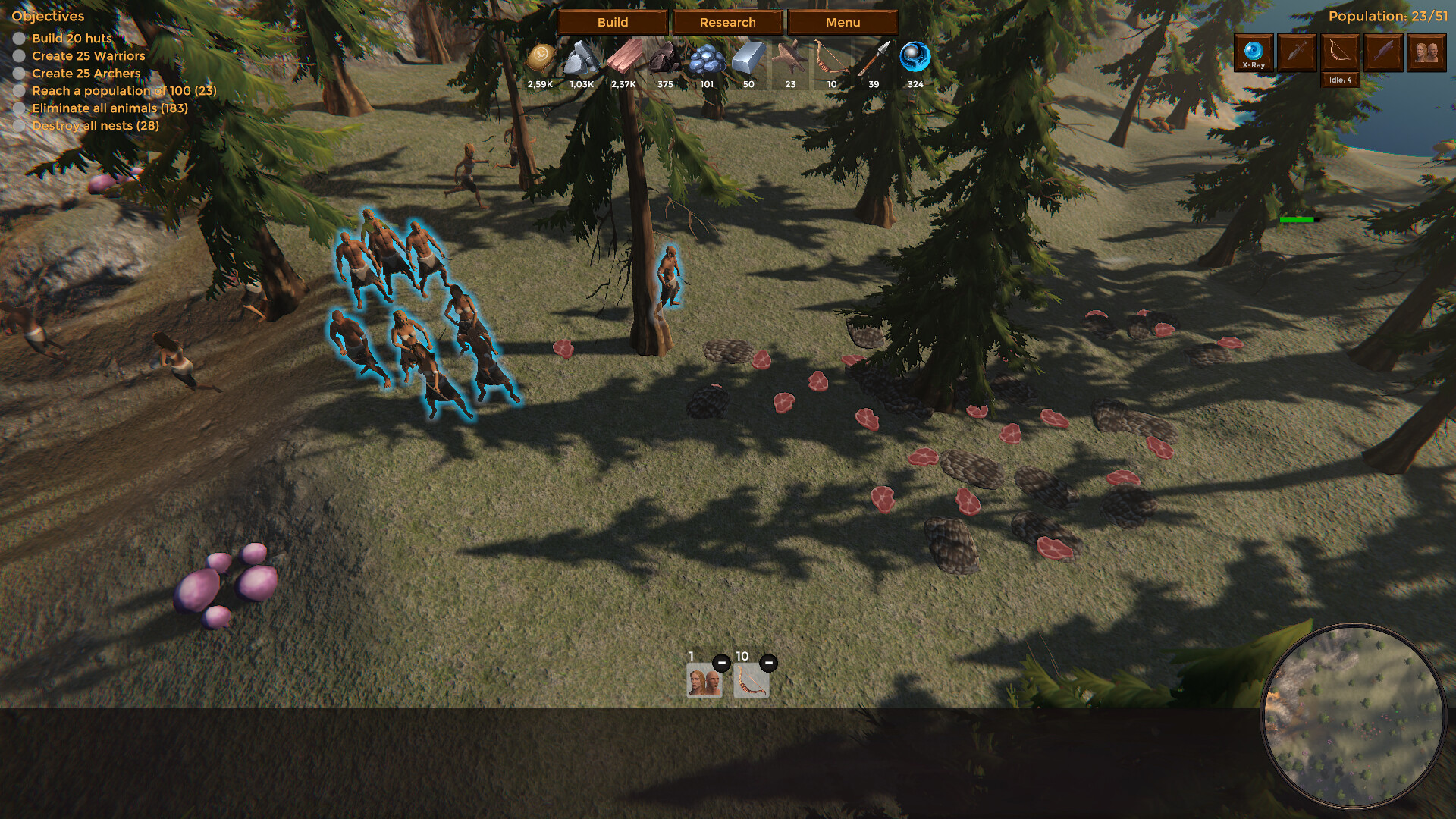 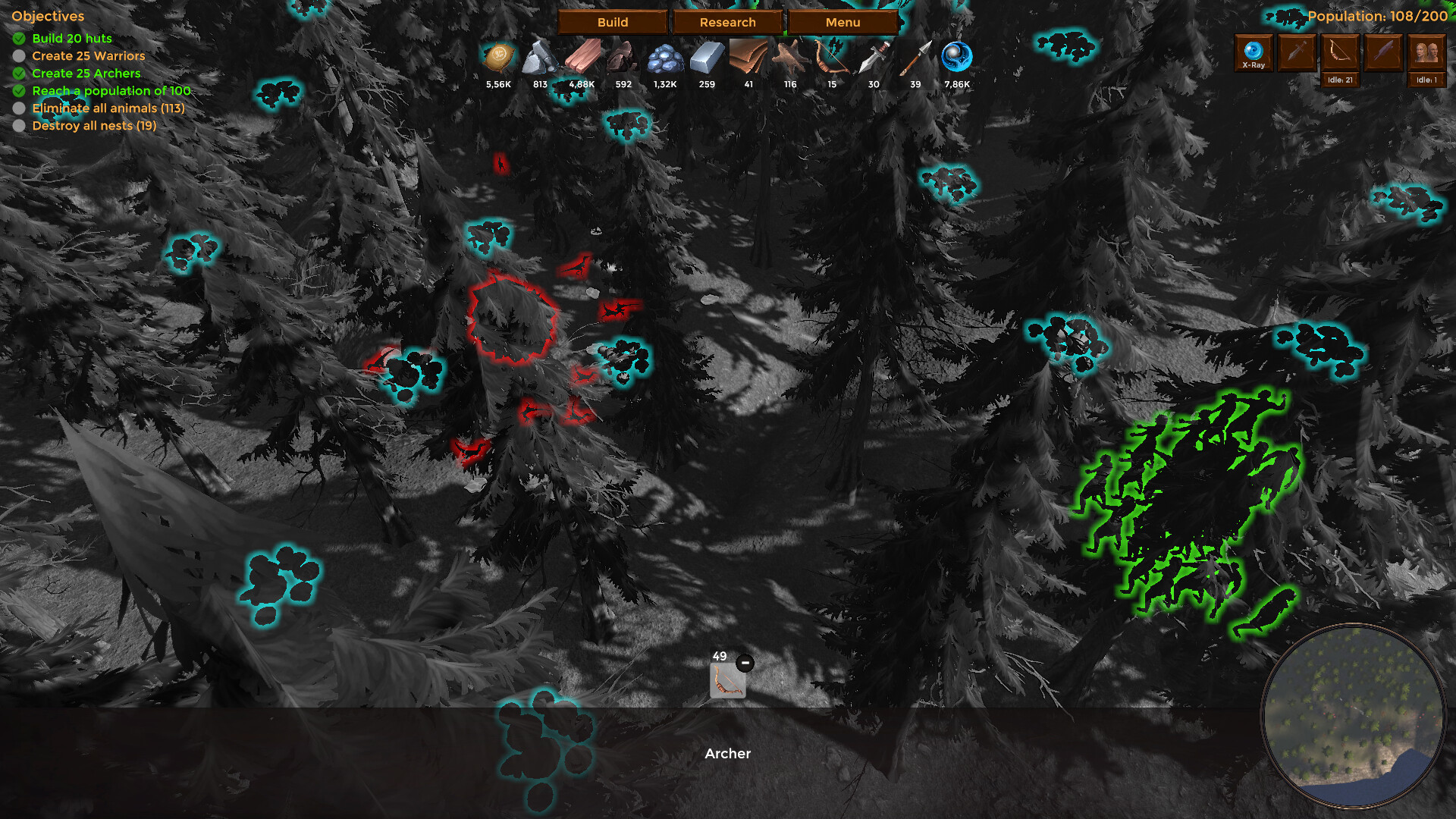